The black cat superstition can be seen perpetuated on the big screen, during celebrations, and in the stories carried across generations. Pictures of black cats screaming as their arched backs silhouette against a full moon often help decorate the spookiest of holidays. They have continued to be one of the most well-known bad luck symbols in many cultures.

Today, with as evolved as we have become, there is still an inherent aversion to the darker colored kitties. All you have to do is step into an animal shelter to see the imbalance of colors. Black cats are actually adopted 50% less often than other colored cats.

How did this unfortunate fate befall such cuddly and innocent creatures? Are they deserving of their nefarious reputation? Let’s take a gander at the history of the unlucky black cat.

There are many historical occurrences and mythologies that may feed into the unlucky black cat beliefs. Western culture seems to have taken those stories and ran with them since there really is no reason for them to have such a view. In fact, in many countries like Japan and parts of the United Kingdom, black cats are actually considered lucky.

Thousands of years ago, cats were domesticated in the Middle East and in Egypt. They were given the duty of protecting food stocks from rats and mice that carried some pretty foul diseases. This life-saving service they provided was not overlooked and they were actually endowed with a lot of respect and reverence in these countries.

In Egypt, Bastet was a goddess who was part feline. She was said to grant good fortune to those households that protected and cared for cats. This showed that the status of cats was well beyond just lucky little four-legged helpers. They were actually considered little incarnations of the gods and were to be worshipped as such.

Cats were highly protected and it was a crime to kill one, even if it was accidental. They were so loved and respected that they would often join their owners in death by being mummified and buried alongside them. When a cat died, their families mourned them as an important member of their family.

In England, you would often find black cats on ships for luck. Pirates thought black cats were little oracles that could foretell the fate of their ships. If the cat walked onto a sip and remained, they were in for a streak of good luck. However, if it came on board but did not want to stay, it was a sign the ship’s fate would not fare so well.

Black cats were also used by the wives of fishermen as good luck charms to ensure their husband’s safe return from the sea. Other European cultures believed that a black cat approaching you meant that it was bringing you good luck.

In the English Midlands of Great Britain, a black cat may be given to a new bride to celebrate her marriage. They are thought to bring luck and prosperity to the new home and bless the newlyweds with happiness.

Even today, cats are considered to be symbols of good luck and prosperity in some Asian cultures. If you have ever visited a Japanese owned establishment, you may have noticed Maneki Neko smiling at you from the counter. These little cat statues, in white or black, wave in the good fortune with one paw up.

It is also not odd to find a black cat taking up residence in the homes of single young women in Japan. This is because they are thought to bring luck in love by attracting many suitors.

Black cats are welcomed into Japanese homes because they are thought to bring good luck in general. Many place their beds towards the north side of their house to help ward off evil spirits and bad luck.

They are also prone to upholding the adage, “You scratch my back and I will scratch yours.” Not literally, but if you care for a black cat and keep him content and safe, he will do the same for you by scaring off evil spirits, negative energy, disease-carrying rodents, and by cuddling with you eliminating the need for an extra blanket. (Hey, that’s less laundry.)

French peasants believed that a black cat would lead them to treasure if released at a five-road intersection. They were also thought to be good luck and attract wealth when cared for and respected. Thus, many households will give the cat the first bite of dinner, ensure that they live comfortably within the home, and have a home after the passing of the owner. 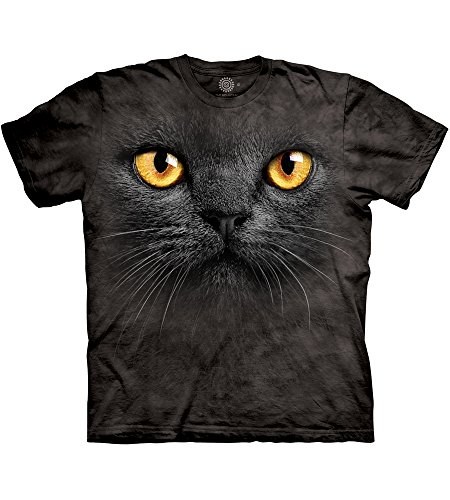 So when exactly does good luck do a 180-degree turnabout, transforming black cats into something spurned? Well, the origins of superstitions regarding black cats can be traced back to religious influences.

Today, most religion centers around the belief in one god. However, this was not always the case. Before monotheism became widespread, people across the globe worshipped many gods, often implementing the use of idols in their religious practices.

Since both the worship of many gods and idolatry are looked upon as evil in modern religion, these polytheistic religions were also looked at as evil and were linked to demons. Christians even went to great lengths to destroy statues and idols in fear that they housed evil spirits. Since Egyptians worshipped many gods and many of their idols were black cats, the association between black cats and evil was not a far leap to make.

This religious fear of black cats continued. One example is of Pope Gregory IX. He actually created a religious document that condemned black cats as manifestations of the devil. That was sure to influence many a churchgoer.

During the Dark Ages, there were several Christian holiday celebrations that encouraged followers to burn the little four-legged demons in bonfires. The black cat would forever be looked at as a negative symbol because of this influence.

As the years progressed, the persecution would taper off a bit but the omen of bad luck would continue to follow these poor critters. Some organizations even took on the symbol of the black cat to represent their non-traditional and controversial beliefs. With a sinister history, these cat symbols were used to give groups such as anarchists a way to show their not-so-pleasant intentions.

Still, the history of the unlucky black cat is most solidly grounded in the association between them and witches. There are many examples of this association throughout the world and in many cultures.

One example is in Celtic mythology, the cait sidhe was a fairy or witch that took the form of a black cat. According to folklore, the cait sidhe had the ability to steal a human soul before the gods could claim it. Therefore, the Celts would engage in many activities and rituals that would help distract the cait sidhe to give the gods ample time to claim the soul.

The Norse god Freya would often be seen being pulled in a chariot by two black felines. After seven years of service, she rewarded them by giving them human form as witches. This may have helped feed into the belief that witches can shapeshift into cats.

The Peak of Fear

During the Middle Ages in Europe, superstitions abound. Religious influence, a deficiency in scientific understanding, and a human’s innate nature to try to explain the unknown helped to fuel already established beliefs about black cats and other forces of nature. These unsubstantiated superstitions caused many groups of people to hunt down black cats in an attempt to eradicate them.

This persecution of black cats rested on the beliefs that they were close cohorts of witches. Black cats were accused of being sent by the devil himself to assist witches with their evil endeavors. This also led to people being included in the persecution since witches were thought to take on the form of black cats in order to sneak silently in the darkness undetected.

Hundreds of thousands of individuals were persecuted and accused of witchery throughout Europe. Black cats were being eliminated to the point that many believe their absence was a big factor in the spread of the Bubonic Plague. The disease would take more than 25 million lives over a short period of time.

When people began to immigrate into America, they brought their religious beliefs along with them. Amongst these beliefs were the superstitions including the unlucky black cat. Puritans still believed that evil lived even within their own community and it was not long before accusations of witchery started with the poor black cats once again caught up in the mess of it all.

So, once again, witch hunting became a normal thing. In fact, it was a very profitable occupation. Many people were even falsely accused by others as a way to seek revenge on them. Thus, the persecution of those suspected to be involved in witchcraft and their black cat familiars continued throughout America.

The black cat’s history is full of tumultuous shifting between admiration and fear. They may have been easy targets simply because of their color. Black is often associated with death, evil, and darkness. Or maybe their nocturnal nature made them a good scapegoat.

Regardless of why they specifically were handed their unlucky fate, we should know it is unsubstantiated by now, shouldn’t we? Unfortunately, it may take a long time before they can exist without the stereotype they have unfairly been stuck with.

We may have settled down and become more evolved as humans but many cannot seem to shake those old-time superstitions. Even today there are many people who fear a black cat that crosses their path or are suspicious of their neighbor who keeps one as a pet. Black cats still help spook up Halloween celebrations and horror films.

Many shelters do not adopt out black colored kitties during the fall season celebrations for fear they may be sacrificed. They are also not adopted out as quickly, often spending 13 percent longer in a shelter than other cats. All over a few individuals who gave them a bad rap and influenced countless others to follow suit. 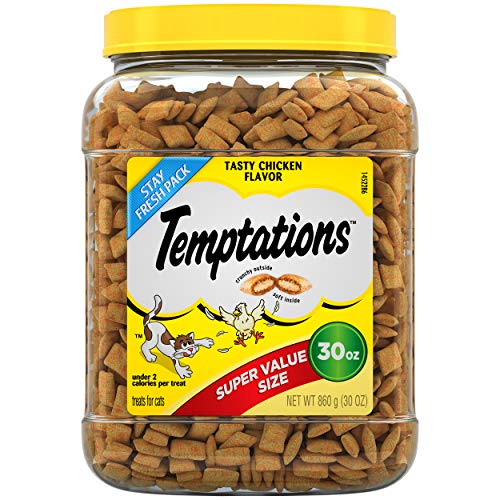 One day black cats may fully escape their negative connotation and anything witch-like will just be for novelty. For now, appreciate them for what they are- a cuddly and forgiving family member that has forgiven us for what they have been put through in the past.