Skip to content
Table of Contents show
Let’s Talk Grooming
A Social Bond
Not Always Reciprocated
Higher Rank Plays a Role
Maternal Instinct
Social Acceptance and Connection
Why Do Cats Groom and Then Fight?
Sometimes Grooming Is Complex
So, What Is That Playful Fighting?
Can You Tell the Difference Between Play and Fighting?

If you are a cat owner, you see a lot of grooming; plain and simple. If you have multiple cats, then you see it all the time, and probably think it’s the darn cutest thing you’ve ever laid eyes on. But perhaps you’ve always wondered why it is that cats lick each other the way that they do. Let’s explore.

Before we answer the burning question, let’s look into the science of feline behavior a bit. Did you know that grooming is actually known by scientists as allogrooming? Our initial intuition tells us that it’s a sign of affection, but in reality, it’s not that simple.

Allogrooming is actually a rather complex, scientifically-studied behavior. It’s not only prevalent in cats, it can also be found in lions, primates, and many other species. Humans do it on occasion but in a very different way.

According to a 2016 study by the Journal of Veterinary Behavior, allogrooming is a way in which cats express something called cohesion within their colonies. The other two ways are through the transmission of scent signals and something called allorubbing. Using these three tactics, cats create a kind of tribe, if you will. 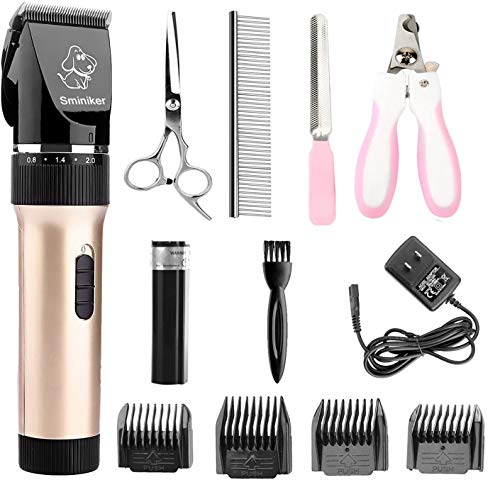 So, why do cats groom each other? Scientists have figured out that allogrooming happens amongst cats that have already formed colonies. This is unfortunate for cats that are outside of the colony, because they do not get to partake in the allogrooming at all. Only once the new cat is integrated into the colony does it get to enjoy the free bath.

So, in other words, cats don’t groom cats that they don’t know, which makes sense. Would you groom someone you didn’t know? Only if you worked at a spa or salon. But there’s still more to this behavior than meets the eye.

When receiving allogrooming, cats are very cooperative. They will tilt or rotate their head so that it’s easier for the groomer to do their job. There’s also a great deal of purring that’s involved. Cats will even solicit allogrooming by approaching the other cat and exposing their neck, the top of their head, or their back.

Cats present these parts of themselves because they happen to be the areas that are difficult for them to groom on their own. Just like it’s hard for you to scrub your back in the shower, it’s hard for a cat to lick its own neck, for obvious reasons.

Cats who have a close bond will engage in allogrooming, but this behavior is not always reciprocated as you may assume it is. There’s an element of hierarchy that plays into this, but also, cats can form grooming rings. When there are several offspring, they may form a chain whereby one cat grooms another, while being groomed by a third.

It’s important as a cat owner to understand allogrooming and cat colonies for several reasons. The relationships between your cats will transfer to their relationship with you. When you scratch your cat’s head, or give them a good pet, you’re essentially grooming them in a way that is done within their colony.

So when you’re petting your cat and they’re purring with pleasure, there’s a good chance that you’re petting them in a place that is not reached by allogrooming. And, when you notice that you pet one cat and another one of your cats gets upset about it, it’s for the reasons that we’re going to highlight below. 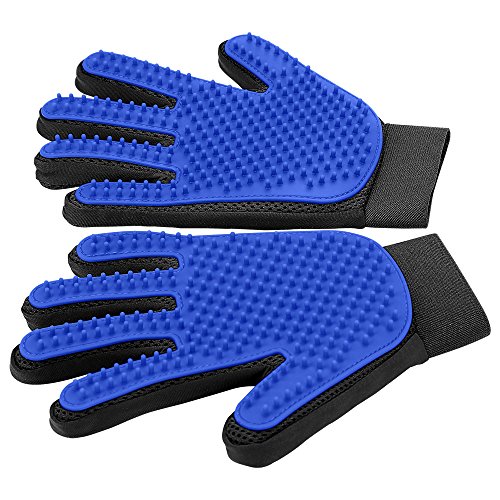 An interesting study out of the UK discovered that higher ranking cats allogroomed lower ranking cats more frequently than the other way around. Does that come as a surprise? Also, those that were doing the allogrooming took on a more straight, erect posture, while the allogroomees were sitting and more prostrate. It perhaps helps you to understand why the more dominant cat is doing the grooming.

In the same study, allogroomers showed more aggressive or offensive behavior than the allogroomees. After allogrooming, the allogroomer would then groom him/herself instead of receiving the favor. This led researchers to believe that grooming can actually be a form of aggression or dominance. In other words, a cat would show dominance by grooming instead of fighting.

Maternal instinct is also involved in allogrooming. When kittens are born, the first thing they experience is their mother’s rough tongue. Kittens naturally rely upon their moms for bathing, as well as everything else for that matter. This kind of behavior is a sign of protection and affection on their mother’s part.

Immediately after a kitten is born, the mother cleans the child, and this is because the smell of birth is likely to draw predators from the outside environment. From then on, cats will spend nearly 50 percent of their time cleaning themselves and others.

Research has shown that allogrooming is all about social acceptance and connection. Cats will never groom a stranger, nor elicit grooming from a stranger. That being said, their behavior is a bit different with humans. How many times has your cat jumped on the lap of a stranger and presented their neck or underbelly?

So essentially, allogrooming is taught by mothers and at the earliest possible stage of a kitty’s development. From there, it is carried on throughout their lives, sometimes to express dominance, but mostly to establish the bond between friends and family. It’s also just practically helpful, as a cat can’t clean every inch of itself. 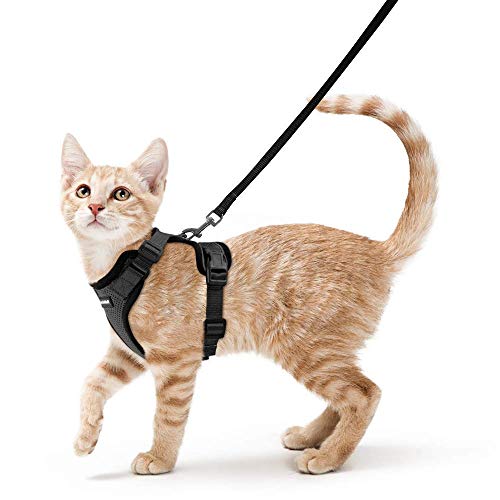 Why Do Cats Groom and Then Fight?

You may have noticed an interesting phenomenon with your cats, and that’s that sometimes they groom and then fight! To explain this, we must first understand what we have discussed already, and that is that cats groom each other in order to bond. It’s only done when they’re comfortable in each others’ company, but often, something happens during this bond that causes the fur to fly.

This so called fighting that takes place after grooming is more often than not quite playful! Since cats who don’t like each other don’t groom, then there’s no real way they’re fighting so immediately. More often than not, this is rough and tumble play that includes kicking, rolling, and chasing.

Aside from instinct and bonding, there are a few other key reasons why cats groom, and these include better breathing, cleaning up after mealtime, temperature control, and relaxation or therapy. If you’re noting excessive grooming in your household, this could be a sign of intense emotional crisis.

This is why, when a cat is having a hard time with some kind of environmental change, they may pull or remove fur roughly. For instance, if you introduce a new kitty into the household, it may cause stress for an older cat that has been in your home for a great deal of time.

So, What Is That Playful Fighting?

Sometimes, cats just get fed up. They trust their allogroomer, and they need to be cleaned, but when enough is enough, they may engage in behavior that looks like fighting. This is a way of expressing that the grooming has grown tiresome. Of course, this is not common in humans. When was the last time you hit your massage therapist?

Although the play fighting, or signaling that one has had enough, is common, there are occasions where play fighting advances to the next level. You may hear hissing, squealing, see slapping, etc. This is when it’s important for you to step in and restore the peace.

Another reason why a fight might break out after grooming is because illness or disease is detected. This is rare, but sometimes one cat will notice a flesh wound on another, and once they smell the area, the groomer might become stand-offish. If you notice this occurring, be sure to examine the allogroomee’s fur.

Can You Tell the Difference Between Play and Fighting?

When cats are play fighting, you’ll notice rolling, kicking, grabbing, and chasing around the room. There is no discomfort involved in this kind of play, and there is very little anger. It’s common for play fighting to come to an abrupt halt, after which, cats easily return to a state of peace and relaxation.

Real fighting is something very different. When there is a serious altercation going on, it’s aggressive, quick, and very hard to stop. There will be chasing, tackling, and even biting. You’ll hear screams and squeals, and cats’ ears will often be pulled back towards their heads. 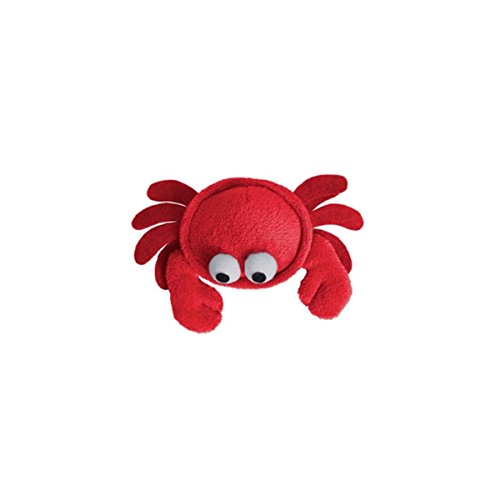 You may notice that the longer you own your cats, the easier it is to break up a fight. If you’re hoping to learn more about cat aggression, there’s a wonderful article on The American Society for Prevention of Cruelty to Animals’ website. When you learn all you can about feline aggression, it’s much easier to stop it in its tracks and keep the peace.