Many cat owners find hours of entertainment in watching their cats play. Sometimes I’ll watch my cats play with strings, chase lights, and if you give them a ball of crumpled paper, the fun never ends. When I watch them play with each other, it can go from gentle to rough in the blink of an eye.

These little cats get pretty rowdy. One will suddenly tackle the other, there will be an ear nibble or two, and then comes the slapping. When I first saw them slap each other, I was concerned that they didn’t like each other.

It turns out that there is a lot more than meets the eye. It’s no surprise that cats are complicated creatures and there may be many reasons for their strange actions. So let’s get into a few reasons why cats slap each other.

If you watch your cats closely, you may notice that one expects a little more respect than the other. This cat may occasionally swat at the other(s) as a way to show them who’s boss. If you are not careful, however, the dominant cat may become aggressive. 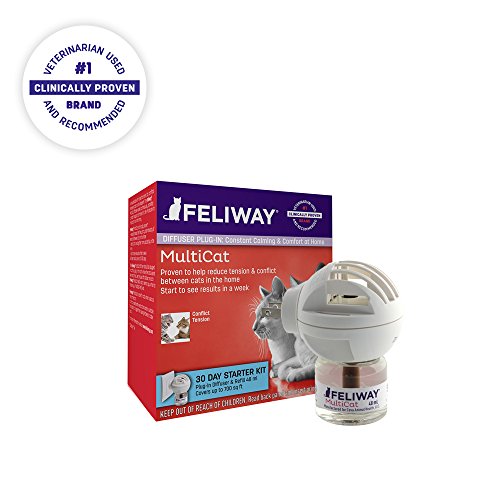 It may be a good idea to address this behavior right away for the safety of your other cats. Make sure to avoid swatting at your cat to stop their dominant behavior. There are gentle, yet effective, ways to stop this behavior from the start.

If you catch the cat testing dominance on another cat, place the cat in a separate room. This keeps him, or her, from becoming more aggressive at that time. Stopping their aggressive dominance from the start will help ease their violent nature.

Cats love attention, and when they want to play, it’s time to play. This applies to other cats as much as it applies to their owners. You may find that they will swat at the other cats when they’re ready for playtime.

With this slap, the claws are retracted and their ears are forward. The slapped kitty will usually return the favor with a slap back, and the play continues. When the kitties are being playful, they will usually take turns with little slaps, tackles and rolls.

Again these slaps have retracted claws and they’re noticeably less aggressive. If you notice any hissing or screeching, they’re probably getting aggressive. This is a good time to intervene and separate the cats.

When you’re pretty positive that it’s just innocent playtime, make sure that you take a second to watch them interact. It’s just really fun to watch! The classic cat “boop” is when a cat softly swats the other kitty’s head, and it’s so adorable to see first hand.

It’s possible that your cats are having a full violent disagreement. It’s hard to say why cats decide to have these altercations. Even though we don’t know why they’re fighting, there are ways to tell if this is a full-fledged fight versus a play fight.

In contrast with the playful swatting mentioned earlier, an aggressive cat has their claws out. This is a natural defense mechanism common in all cats. When the claws come out, it’s a very short time before they decide to pounce.

You should also take a look at the ears. If the cat’s ears are back and flat against the head, this is a sign that the cat is feeling threatened or scared. A threatened cat is easily agitated and ready to fight.

A threatened cat is easily agitated and ready to fight.

Listen out for hissing, screeching or angry meowing. Angry meowing is commonly described as a louder and gravely form of meowing. When you hear these sounds, it may be time to break them up. 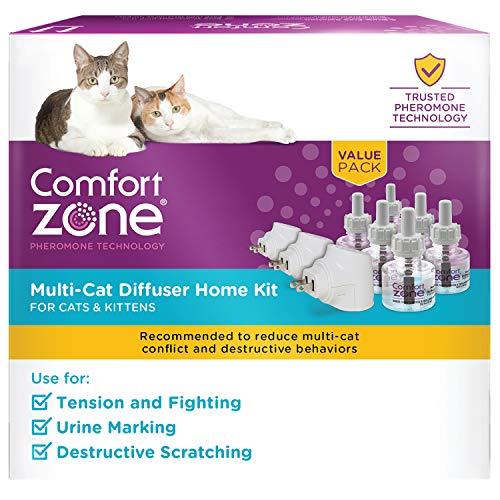 A fight between cats doesn’t always indicate bad blood between them. Aggression between cats can stem from fear. These stealthy creatures move quick, and if one cat startles the other, it can cause a quick fight.

If you notice that your cat may be slapping too often, and you aren’t sure if it’s okay, it may be a good idea to discuss the behavior with your veterinarian. Sudden changes in behavior, or increased acts of aggression, can be a sign of something wrong. Illness or infection can cause your cat to act out in strange ways.

Why Do Cats Slap Objects?

We discussed cats slapping other cats out of fear. This can also apply to the cat slapping objects. If it’s an object that the cat isn’t familiar with, the cat may be scared of it, especially if it moves or makes noises.

On the other hand, the cat may swat the object out of curiosity. When we, as humans, want to know more about an object, we can often learn about it by playing with it to see how it works. Cats have the same motivation.

You may watch them play with an object for a really long time. They will poke, swat, and nudge until they feel satisfied or lose interest in the item. Once they lose interest, you may notice that they won’t have the same reaction to that object that they had initially.

They also have the tendency to swat at their toys. This is only playful, and you shouldn’t worry that they dislike the toy. You’ll notice that they may swat at any strings or balls that you hold above their head, this is so much fun for the kitten. 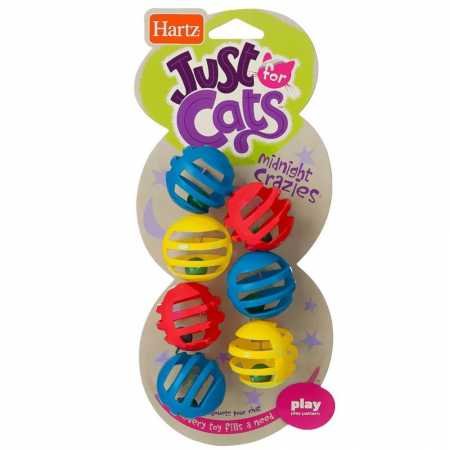 Again, it’s so much fun watching your adorable cat swat at various toys. They can go for such a long time. The gentle slaps on their toys feel good on the pads of their paws making playtime pleasure for your cat.

Why Does My Cat Swat At People?

You may feel a little embarrassed when you bring a friend home and your cat immediately swats at them. I remember the first time I went to a childhood friend’s house. Her two new kittens had a good time slapping my feet. Turns out they thought of me as a brand new toy.

If your friends have dangling jewelry, long ponytails, or anything that looks shiny, you might consider warning them that your cat may look to play with them. Give them a friendly reminder that, if the cat slaps them, he means no harm. Slapping in this instance is mainly playful, and there should be nothing to be worried about.

If a person startles the cat, their first inclination may be slapping them to protect themselves. This is just a natural defense mechanism and they mean you no harm. In general, it’s not a good idea to startle cat.

Cats are very smart and can easily recognize their surroundings. If they recognize that they are somewhere that makes them uncomfortable, perhaps the veterinarian, the cat may fight to get out. Don’t be surprised if he slaps you in an effort to break free.

The same way that they will slap other cats in an effort to initiate playtime, they may swat at you to get your attention. This could come off as demanding or aggressive. Usually, however, this is playful and you shouldn’t retaliate with slapping the cat.

Instead, grab a ball or some string and let the fun begin. Many people view dogs as the only playful house pet, but this is far from the truth. Cats draw closer to their owners when there’s playtime and it also builds trust between you both. 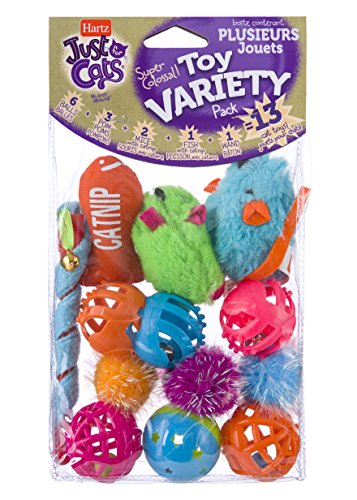 You probably found this article because you were wondering if your cat’s slapping behavior is normal. It can be very normal for the cat to slap. Cats are playful creatures, and they love to swat at their friends, their toys and their owners.

Slapping can also be their natural way of defending themselves from what they perceive as danger. The feline instinct is strong and cats react quickly to fear. Fear can, in turn, cause fights between your cat, or even cause your cat to attack you.

Always be observant about your cat’s behavior. If you ever feel like your cat is acting strangely, or becoming aggressive, contact your vet right away.

Kittens love to play. If you have multiple cats, they will probably play together often. Get an idea about their normal play behavior by watching them play when you can. Not only will you be entertained for a good amount of time, but you will learn what is normal for them.

Cats may even have a unique way of playing with each other. Some may roll around, others will initiate play time with a big tackle. When you are observing playtime, take note of what you have noticed before.

You will probably notice that they slap each other repeatedly, and through different play sessions. This will be the ultimate indicator that this is normal behavior. It will also help you identify what is out of the ordinary for them.

If you have the idea that their play is too aggressive, do your best to keep them separated as often as possible. If one cat is abusing the other, contact your vet.

We all want our pets to be safe and happy. We do our best to create a comfortable environment for our fur babies. If we notice they are fearful or acting strangely, something should be done right away.

If their slapping is playful, then have no fear. This is perfectly normal. Make sure your cats have plenty of toys and don’t worry too much that they are trying to aggressively fight the other cats. 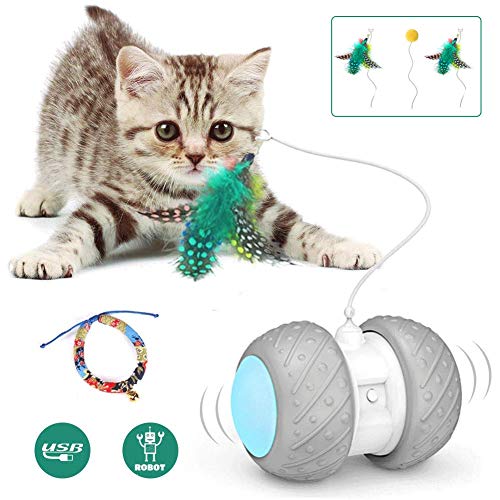 2 thoughts on “The Swat Team: Why Do Cats Slap Each Other?”