Historical references to sacred cats date back to the ancient days of Egypt. Egyptians held their felines in the highest regard, as cats often killed poisonous snakes and disease-carrying rodents. Some people of the time even believed that cats had mystical powers, offering protection to the Pharaoh (their king).

From as far back as 1350 BC, archaeologists have uncovered the remains of mummified cats. They’ve also discovered ancient cat etchings carved into tombs, underground cat murals, and good luck charms made in the image of cats. With so many discoveries that involve felines, their importance many thousands of years ago, during notable biblical periods, can’t be understated.

For cat lovers, this is wonderful news!

Unfortunately, though, the Bible doesn’t mention domesticated cats. Maybe that’s because they’re so pure that to reference one would be sacrilege. 😉 Whatever the reason, references to lions and leopards occur throughout the Bible.

Almost synonymous, these two breeds of cats appear in the Bible as predators that lurk, stalk, and eventually devour their prey.

This sounds all too familiar — when you watch your little kitty hunt, she’ll crouch down and stare at her toy, then slowly and carefully approach it and stalk it before pouncing on it. She acts like a miniature lion or leopard stalking its prey.

That predator trait is an instinct in cats, even those that no longer live in the wild. 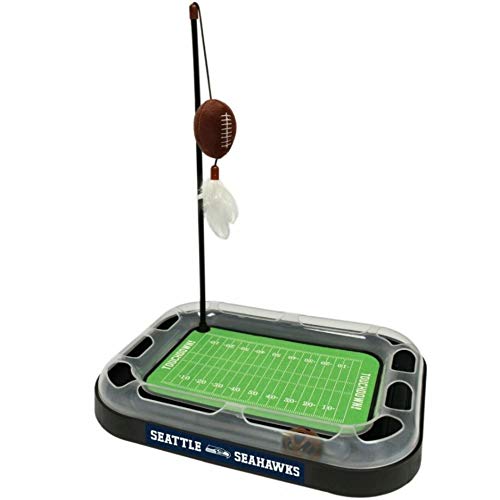 Biblical Representations of Lions and Leopards

The Bible mentions lions 157 times between the Old and New Testaments; some recounting events that involved a lion and others that are symbolic. Sometimes the Bible characterizes a lion as holy and strong, while in other passages, the lion represents evil and death.

The leopard, however, is only mentioned in the Bible eight times and those mentions have only a proverbial or symbolic meaning. No actual events involve the leopard.

7 Contradictory Examples of Lions in the Bible

There are contradictory depictions of the lion in some passages of the Bible, which may lead you to wonder if lions are good or evil.

For example, Revelation 5:5 describes Jesus as “the Lion of the tribe of Judah, the Root of David,” meaning strength, holiness, and kingly. Conversely, 1 Peter 5:8 describes Satan as “a roaring lion, seeking whom he may devour,” meaning predatory, evil and death.

Proverbs is another example of the contradictory meaning lions. Proverbs 28:1 says, “The righteous are bold as a lion” while Proverbs 28:15 reads that a lion “is a wicked ruler over poor people.”

Psalm 10:8-9 characterizes an evil person as a lion: “He sits in the lurking places of the villages; In the secret places he murders the innocent; His eyes are secretly fixed on the helpless. He lies in wait secretly, as a lion in his den; So he crouches, he lies low, That the helpless may fall by his strength.”

The strength and majesty of the lion, however, commands respect and admiration: Proverbs 30:29-30 “There are three things which are majestic in pace, Yes, four which are stately in walk: A lion, which is mighty among beasts and does not turn away from any.”

Example #5: an Instrument for Punishment?

In the Old Testament, God uses lions to punish the wicked. 1 Kings 20:36 “Then he said to him, “Because you have not obeyed the voice of the Lord, surely, as soon as you depart from me, a lion shall kill you.” And as soon as he left him, a lion found him and killed him.”

In Hosea 5:14, God compares His actions to those of a lion. “For I will be like a lion to Ephraim, And like a young lion to the house of Judah. I, even I, will tear them and go away; I will take them away, and no one shall rescue.”

In contrast, Psalm 7:2 David uses the lion to describe his enemies. “Lest they tear me like a lion, Rending me in pieces, while there is none to deliver.”

Examples of the Lion as God and Satan

Even today, the devil stalks his prey, both Believers and unbelievers, like a lion. 1 Peter 5:8 compares Satan to a lion. “Be sober, be vigilant; because your adversary the devil walks about like a roaring lion, seeking whom he may devour.”

Nevertheless, in Revelation 5:5 the strength, power, and majesty of a lion describe God as the eternal King, able to defeat Satan, conquering both sin and death. “Do not weep. Behold, the Lion of the tribe of Judah, the Root of David, has prevailed to open the scroll and to loose its seven seals.”

The Traits of a Lion Relative to God

Although many passages in the Bible show the lion as a savage beast, preying on the weak and helpless, or as the devil stalking about like a lion, the traits of a lion more often depict the Lord God.

The lion’s characteristics are perfectly suitable to describe God. A lion portrays the strength and fierceness of a predator at the same time as the majesty of a King. A lion’s protectiveness over his prey is like that of God protecting His people from the devil and evil.

A lion commands fear, respect, adoration, and worship, as does our God.

The Overall Biblical Meaning of Cats

Obviously, we shouldn’t worship our cats, though I’m quite sure they think that we should! Cats are, simply put, an enigma in the animal kingdom!

In the Bible, felines are symbolic of the best and worst traits of humankind. They encompass the full gamut — jealousy, anger, fierceness, power, strength, majesty, and protector, all of which we see in them, and ourselves, today.

7 thoughts on “What Is the Biblical Meaning of Cats?”