At first glance, it seems odd that cats would like fish, as they famously dislike water. There are some exceptions, such as the Turkish Van (a type of cat that seemingly enjoys the water!), but most cats prefer not to get wet.

Cats are obligate carnivores, which means they need to eat meat. They have short intestines and thus can’t fully digest plant matter, although some cats will eat small portions of grains, vegetables, or fruits.

Table of Contents show
Do Cats Eat Fish in the Wild?
How Does a Cat Decide What to Eat?
What Are a Cat’s Nutritional Requirements?
What is taurine?
How Do Omega-3 Fatty Acids Help Cats?
What Types of Fish Are Best for Cats?
How Much Fish Should a Cat Eat?
How Can You Tell If a Cat Is Allergic to Fish?
Can You Put a Cat on a Vegetarian Diet?

Do Cats Eat Fish in the Wild?

It depends. Most cats hunt and kill terrestrial prey that is generally smaller than they are. The smaller wild cats tend to eat things like rodents, small birds, reptiles and snakes. Cats will also eat bats, moles, squirrels, and weasels. They will typically eat the whole animal, even the bones. 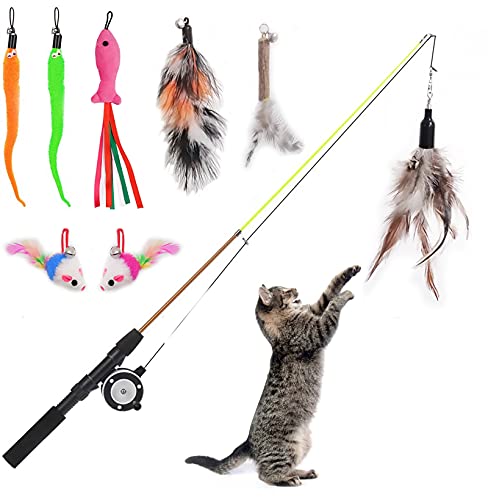 There are some exceptions, however. The aptly named fishing cat (Prionailurus viverrinus), hunts and eats mainly fish. The fishing cat is a medium-sized wildcat that lives in parts of Asia. It is generally found in wetlands, mangroves, swamps, and along rivers or lakes.

Unlike other felines, the fishing cat has webbed feet that make it a strong swimmer and help it walk in muddy swamps without sinking. Their fur includes a dense wooly layer so thick that it keeps the water from reaching the cat’s skin. Fishing cats have a second layer of fur called guard hairs that give the cat its spotted pattern.

Fishing cats wade and swim in water, and they can catch prey with their teeth or front paws. In addition to fish, they eat frogs, crayfish, and crabs. They will also take terrestrial prey like rodents, birds, and snakes, and they will sometimes scavenge another predator’s leftovers.

The jaguar of South America is another capable swimmer that will hunt prey in rivers. Said prey includes fish, turtles, and caiman; the last is a relative of the alligator and crocodile.

How Does a Cat Decide What to Eat?

A cat’s sense of taste is significantly less sensitive than that of a human being. Humans have 9,000 taste buds, while a cat has only 470. A human’s taste buds can detect sweet, bitter, salty, sour, and umami (meaty/savory) flavors. A cat has a very limited ability to detect sweet tastes, but they can detect the other four tastes quite well.

Since cats can’t fully metabolize carbohydrates or sugars, they don’t need to be able to taste them. While some cats do seem to enjoy items like pudding or ice cream, they’re responding to the fat in such foods, and cats can readily detect fat.

Cats use their ability to detect bitter and sour tastes as a warning system to detect potentially poisonous or inedible substances. One manufacturer has exploited this to make “Grannick’s Bitter Apple Spray” which people can use to keep the cat from licking or chewing on bandages or furniture.

By contrast, cats have a sense of smell that is far keener than that of humans. Cats thus use their sense of smell to decide if something is worth eating, and they are attracted to things that smell like meat.

Cats also use mouth feel to decide what to eat. If they like an item’s texture, they will likely eat it. Cats that eat kibble prefer large pieces over small. Most cats prefer soft food rather than hard. 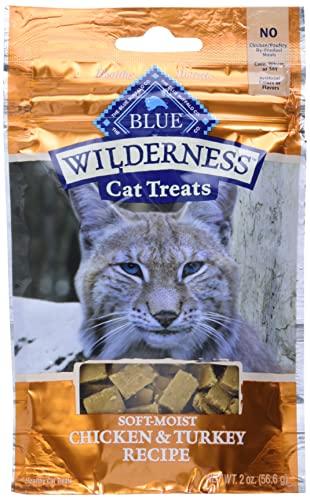 Temperature also matters. Cats generally don’t like cold food that has just been taken from the refrigerator. Instead, they like warm food with a temperature of around 100 ° F, which is about the same temperature of freshly killed prey.

What Are a Cat’s Nutritional Requirements?

Cats need protein, which is made from amino acids. Proteins, in turn, form the enzymes, antibodies, and hormones cats need to stay healthy. They help build a cat’s tissues, provide energy, and regulate pH balance.

Cats also need oils and fat, which are made from fatty acids. While both plants and meat can be sources of fatty acids, cats can only fully use the fatty acids from meat, fish, and similar sources.

Cats also need various vitamins and minerals. They can only fully metabolize the ones that come from meat sources.

Like most other creatures, cats also need water. However, their ancestors evolved in the desert, so cats need less water than do many other animals. In the wild, cats get most of their water from the flesh of their prey. Consequently, cats tend to drink comparatively little water and can become dehydrated if they eat only dry food.

Cats need a lot of taurine in their diet. Taurine is an amino acid that regulates digestion, heart rhythm, vision, and reproduction. A diet lacking in taurine can cause health problems like blindness and an enlarged heart.

Unlike most mammals, cats can’t synthesize taurine from other amino acids; they have to get it from their food. Fish is a good source of taurine, as are liver, heart, and muscle.

Like humans, cats need fatty acids to stay healthy. At least three are essential, which means the cat’s body can’t synthesize them. The cat, therefore, has to get them from the food she eats. Two of them are omega-3 fatty acids, docosahexaenoic acid (DHA) and eicosapentaenoic acid (EPA). Cats also need a third fatty acid called arachidonic acid (AA). 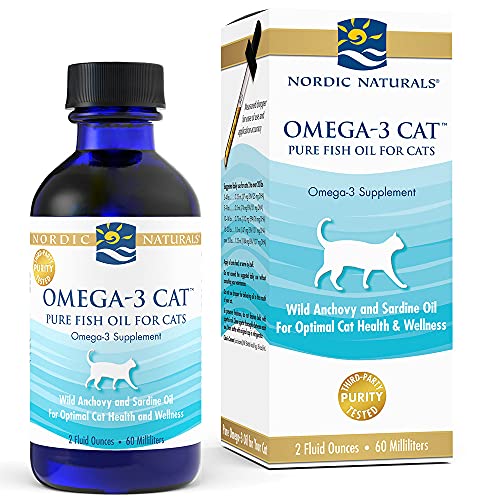 Cold-water fish like tuna and salmon are among the best sources of omega-3 fatty acids. Fish oil made from such fish is a common supplement used by both humans and felines. Fish oil typically comes in capsules that the cat can eat with their meals. The average cat will need 500 mg twice a day.

What Types of Fish Are Best for Cats?

Assuming the cat doesn’t have any allergies, she can safely eat any kind of fish.

As already mentioned, tuna and salmon are both good sources of omega-3 fatty acids. Unfortunately, like many other carnivorous fish, they are also high in mercury.

Smaller fish like cod, flounder, and halibut contain less mercury in their flesh. They are thus safer to eat.

Canned fish should be given sparingly to a cat because it contains a lot more sodium than does cat food. 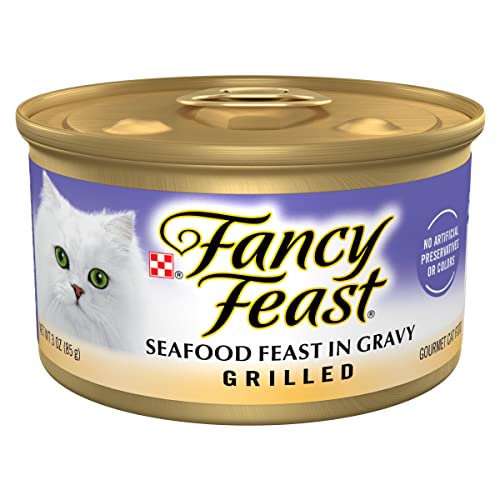 Cats can also eat different types of seafood, such as shrimp, clams, squid, or oysters. Seafood should be cooked until the flesh is no longer translucent. Like fish, it can cause allergic reactions in some cats.

How Much Fish Should a Cat Eat?

While fish is a good source of nutrients, like taurine and protein, it also contains toxins like mercury. A cat that eats too much fish risks developing hyperthyroidism and urinary tract infections (UTIs). Fish can even cause allergic reactions in some cats.

Fish also often contains an enzyme called thiaminase that destroys thiamine or Vitamin B1, and cats need thiamine. A thiamine deficiency will eventually damage the cat’s nervous system and possibly even kill her. It would, however, take feeding the cat fish every day for a long period for her to develop such a deficiency.

Most experts recommend not giving a cat more than two or three times a week.

How Can You Tell If a Cat Is Allergic to Fish?

Food allergies and food intolerances of any type cause skin and digestive problems in the affected cat. Common symptoms of a food allergy or intolerance can include the following:

As the above symptoms can also occur in other, more serious conditions, the owner should take their cat to the vet to have such conditions ruled out.

If the vet does suspect an allergy or intolerance, they may put the cat on a “novel diet” in which they temporarily replace the cat’s usual food with something totally different. Most commercial cat foods, for example, include ingredients like eggs, turkey, beef, pork, lamb, or chicken. The vet may recommend a substitute like venison or kangaroo meat.

After about eight or ten weeks of the novel diet, the cat’s symptoms should fade away. The owner may then start reintroducing items from the cat’s old diet and watching for symptoms. It usually takes about one or two weeks for symptoms to reappear. When they do, the owner will know that they have found a source of the intolerance or allergy.

After identifying all of the causes of an allergy or intolerance, the owner can eliminate them from their cat’s diet.

Can You Put a Cat on a Vegetarian Diet? 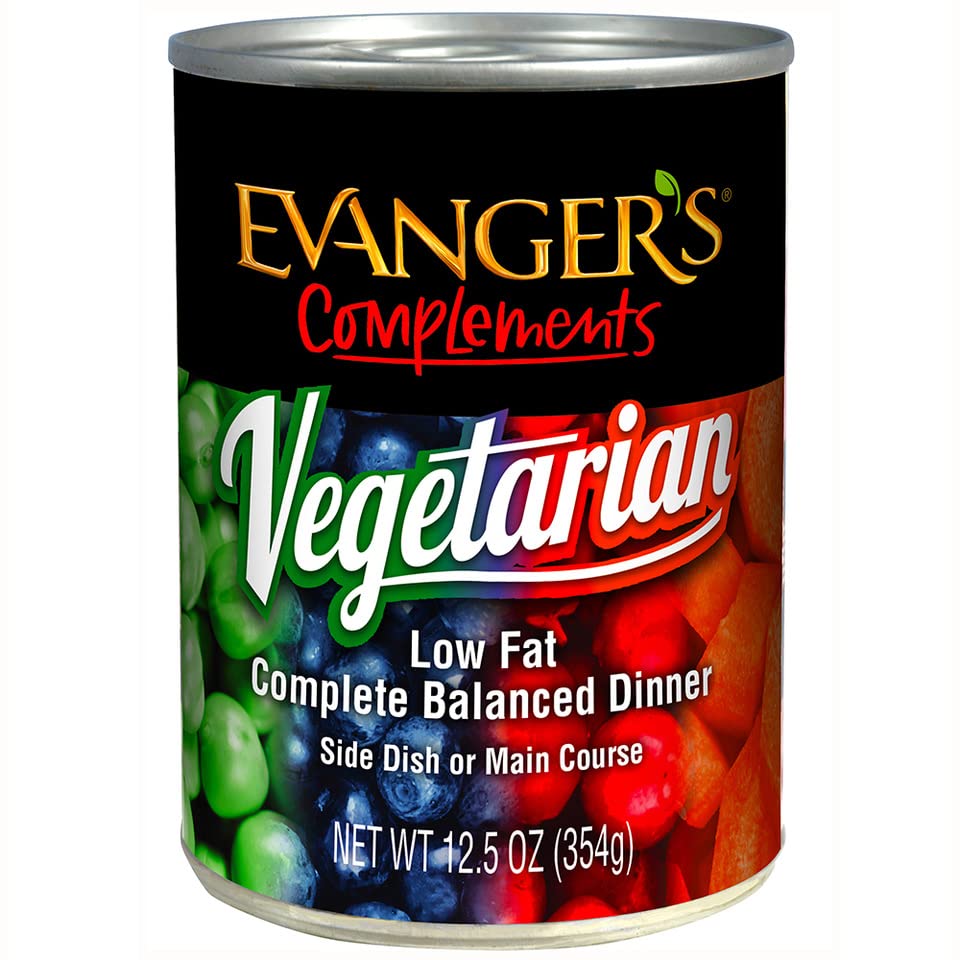 Cats can’t. Their physiology is designed for eating meat and nothing but meat. For example, they have relatively few molars, which are the teeth used for grinding plants. Herbivores have jaws that can move from side-to-side as well as up-and-down to help them grind their food. Cats do not and thus can’t grind plant matter.

Herbivores and omnivores have an enzyme in their saliva called amylase that helps them digest plants. Cats don’t have amylase. Cats’ intestines are also too short to allow them to absorb nutrients from plants.

Cats’ bodies don’t synthesize various amino acids, Vitamin A, or Vitamin D. They need these nutrients, though, and the only way to get them is by eating meat.