Cats smell good. It’s not all in your head. There’s a natural scent that they give off that humans find pleasing. In this article, we’re going to explore the many ways in which cats are wonderfully fragrant, and a few reasons why they might smell like doo-doo.

To start, we need to understand that cats smell good for a reason. Take a look at the big cats: lions, leopards, and tigers. These animals have a compound called 2 – AP that actually smells like hot buttered popcorn. That being said, you probably shouldn’t come close and smell their fur.

The scent of domestic cats is not quite as strong, but we can still smell it. A kitten gives off a fragrance that is calming and pleasing for humans, so no wonder we want to keep them around. The more we become familiar with this smell, the more that we love our cats! Makes sense.

Table of Contents show
Domestic Cats Are Pleasing
Come And Pet Me!
Love Smells Good
Scent and Emotion
It’s Not Just Your Cat That Smells Good
The Smell of a Good Friendship
Final Thoughts

There are actually 9 glands that give off the scent in a cat. Most of these aromas are pleasing, but there are only 2 smells that we do not like in our cats. We bet you can guess what those are. The overall musk of a cat is pleasant, light, and warm. Like a summer day, but feline-style.

Are you smelling something light and fruity coming off of your cat? That is known as 4-thio-4-methylpentan-2-1. The smell comes off the most strong in female cats, or males when they are neutered. Humans describe it as being soft, powdery, and fruity. If you have a real nose for this stuff, you might describe it as redolent of currants.

Cats who give off a nutty scent are secreting this from their Pinna glands, which are on the cat’s head, just behind their ears. It’s often described as nutty, earthy, and similar to Jasmine rice. Maybe that’s why every time your cat is on your lap you get hungry.

Come And Pet Me!

The trend here is that cats give off their most inviting scents from the places where they like to be petted. When you rub the cat in these key areas, it stimulates the production of light oils that both you and your kitty find pleasing. So, even though it seems a little sneaky that they secrete smells the way that they do, it benefits everyone in the end. There’s nothing like petting a cat and smelling cinnamon.

You’ve heard about human mothers that want to chew on their babies. They delight in the smell of their children and it makes the babes positively edible. Well, the same effect happens between you and your cat. When there is a lot of love between you, it intensifies the pleasurable smell, only making the love run more deep.

An amazing study was conducted in Switzerland whereby 44 men put on new T-shirts and were instructed to wear them for two nights straight. These shirts were then given to 49 women to smell, and they had to conclude which shirts were the most appealing.

After studying which woman chose which shirt, it became clear to scientists that women chose shirts of men that were immunologically dissimilar to them. The reason for this? Combining two different immune systems leads to stronger immune systems in the children that result from a coupling if you catch our drift.

No, we’re not saying you’re in love with your cat because you want strong offspring, but melding different immunity profiles are naturally appealing to us. You enjoy the smell of your cat, and your child, because the more delicious they smell the more motivation you have to take care of them. If cat’s had the ability to do so, they’d probably try to smell like pop tarts or pancakes.

But for these reasons, some cats just smell better to you than others, and you probably chose your cat because of that delicious smell when you first met them. It bonded you to the cat, and somehow, worked with your immune system as well.

Fragrance has a way of playing into our deepest emotions. The smell of your cat bonds you to them, just as the smell of lemon meringue pie reminds you of your mother, or aftershave makes you think of your father. Smell connects us to each other, and to our fondest memories.

The remarkable thing is that each cat is different! You may have one kitty that smells earthy and warm, whilst another one smells sweet and fruity. It’s not uncommon for some cats to have really not much of a scent at all. Think of all the different ways that humans smell, then you can understand why each cat is unique.

It’s Not Just Your Cat That Smells Good

If you find the smell of your cat to be intoxicating, then there’s a good chance that your cat thinks the same thing about you. They definitely recognize your personal scent, and they associate it with love and protection.

Driving home this point is the fact that cats have a remarkable sense of smell; much stronger than our own. They use this sense of smell to anchor themselves into their territory and to connect with one another. So, say you have a perfume that you frequently use; you shouldn’t be switching it up any time soon. Cats like familiarity.

One trick that cats love is to – when leaving the house for quite some time – place one of your T-shirts where the cat can lie on it. They will find the fragrance not only pleasing but also reassuring, helping them with the stress of separation.

Lastly, keep in mind that a cat’s smell is greatly influenced by several factors, such as what they eat, what breed they are, and how much they clean themselves. Don’t judge a cat that has just been rescued from a shelter. With time and proper nutrition, their scent will change.

The Smell of a Good Friendship

That being said, don’t ignore the first impression that you get from a cat’s smell. When choosing a cat, it comes down to good chemistry, as with any relationship. If you pick a cat with an appealing scent, there’s a chance that you have the start of something good, and with time, you may just become addicted to the smell of that furry coat.

Now that we know the basics of why cats smell the way they do, we’re going to look at 10 different fragrances that are associated with cats. Some you’re going to love, and others, not so much. Let’s explore.

So as you can see, there are many things that your cat can smell like, but the odds are that you find the smell delicious. If you didn’t like the smell of your cat, then you probably wouldn’t have bought them in the first place! 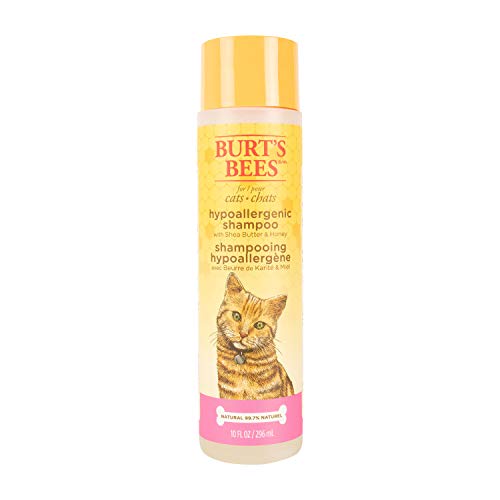 The takeaway from all of this is that, before choosing a cat to bring into your home, you gotta smell them! No more ordering a cat from across the country, or gifting a cat that someone has never met. It’s important to get the chemistry just right, and to do that, you need to use your nose.

11 thoughts on “Sensory Satisfaction: Why Do Cats Smell Good?”