As the saying goes, dogs are man’s best friend. They’re such good companions for traditionally male activities like hunting and fishing, so it’s easy to see why.

And on the other hand, a woman’s best friend seems to be a humble cat. For centuries, cats have been associated strongly with women in art, literature and the annals of history.

Whether it’s the legend of the witch’s black cat, the story of Cleopatra and her beloved felines or the stereotype of the crazy cat lady, cats and women are inextricably intertwined.

But how did this relationship come to be? Do women really love cats more than men do, and if so, why does the gender divide persist so strongly?

Let’s untangle the history of women and cats and find out.

Women and Cats Throughout History

Writerly Theories on Women and Cats

Historical documents demonstrate the strength of the relationship between women and cats. These writings give us clues as to the origin of the stereotype and the reason behind it.

In his 1881 book “The Cat,” St. George Jackson Mivart details his theory behind the connection that women share with cats. He posits that women are more inclined to appreciate the cleanliness and staying at home than men, and because cats are clean animals that enjoy being at home, the attraction was inevitable.

It would be easy to write this off as sexist nonsense, and there was certainly plenty of that circulating at the time. However, many female writers agreed with the basic premise: that women saw parts of themselves in cats and were thus drawn to them.

Dorothy Bevill Champion, author of 1909’s “Everybody’s Cat Book,” was one such writer. Her book theorized that women and cats are several qualities: they were both highly sensitive, frightened of harsh or loud words and frequently misclassified as stupid.

Champion’s book was written during a time when women were fighting to receive the same education as men, partly in order to prove that they were not inherently stupid, just less educated than men. It follows that women of the time would have been particularly empathetic towards others who were similarly misjudged, as cats often were.

In the 1800s, before most women were able to work or go to school, cat shows began to rise in popularity. Women, in particular, were drawn to these competitions as they had the free time to devote to breeding and showing cats.

Many of these cat shows were organized by women’s societies as charity fundraisers, often for organizations that benefited women or animals. Additionally, the majority of exhibitors and competitors at these shows were women.

For many women, cat breeding was a way for them to get involved with science, a field that they were largely barred from participating in. By breeding cats, women contributed valuable time and knowledge towards the field of genetics, advancing the world in the best way they were able to.

Cats and cat shows, then, were ways for women to temporarily escape their oppression, socialize with other women, develop their knowledge, and express themselves. It’s no wonder that women and cats share such a close connection even to this day!

Women and Cats in the Modern World

History shows that, in centuries past, cats and women relied on one another to make it in a world where the odds were stacked against them.

But in modern times, when women are free to work and go to school as they please, does that love of cats persist?

The answer, according to science, is yes!

In a 2011 study conducted by the University of Vienna, researchers observed that cats were more likely to interact with their female owners than with their male ones. Cats preferred women’s laps to men’s and were more inclined to approach women than they were men.

So it seems that not only do women like cats more than men do, cats prefer women to men as well. Why could this be?

Some theories suggest that it has to do with intimidation. Women are, on average, smaller than men, so cats may feel less frightened of them.

Another theory: women are biologically inclined to respond to the sound of a baby’s cry, and cats understand this. Their meows (which are only used for humans, not other cats) are similar in pitch and tone to a crying baby, which makes women more likely to respond to them.

Relatedly, women seem more susceptible to cute things, like a smiling baby or a fluffy cat, than men are. Perhaps the adorable appearance of kittens and cats is what makes them so irresistible to women.

Whatever the reason, women and cats do seem to share a special bond. The female-feline connection is real, and it doesn’t look like it’s going anywhere! 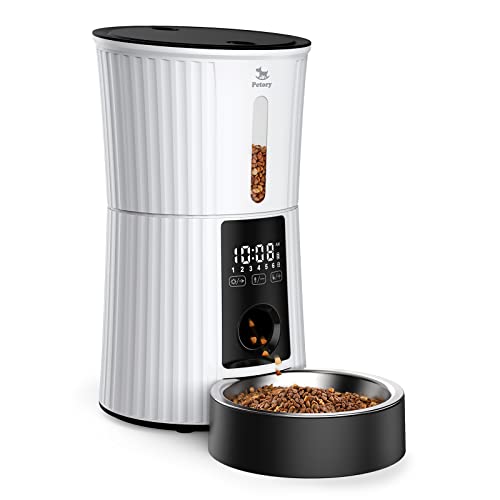 4 thoughts on “The Female-Feline Bond: Why Do Women Like Cats?”