For the most part, cats’ bodies make sense, but there are some aspects of feline anatomy that cause us to raise our eyebrows and scratch our heads. We’re usually able to understand how their body parts correspond to ours and what functions they serve, but what about the parts we lack? And what about the features we share but which simply don’t make much sense for either of our species?

Let’s unravel some of the mysteries surrounding feline anatomy. If you’ve ever wondered why male cats have nipples, how a cat’s tail works or what purpose purring serves, read on as we answer these questions about the fascinating, sometimes baffling bodies of our feline friends.

Why Do Male Cats Have Nipples?

Cats, like most mammals, develop most of their anatomical features in the earlier stages of gestation. This includes the nipples, which begin to form before the sex of the fetus is determined. Until that point, the kittens are identical, not yet distinctly male or female – but they all have nipples.

A few weeks into the pregnancy, male DNA begins to take effect on some of the fetuses. For these kittens, testosterone production increases and prevents the mammary system from developing any further. Female kittens – those who don’t receive the effects of male DNA – continue to develop their mammary glands, which connect to the nipples and produce the milk that feeds their young.

So male cats have nipples simply because the nipples are already there by the time fetal development diverges based on sex. But the question still remains: why do the nipples form so early? What’s the point?

In this case, the answer is simply “Why not?” There’s no secret function or hidden benefit of nipples on male cats, but their development isn’t detrimental either.

Male cats don’t develop full mammary systems because doing so requires a lot of energy and resources that are needed for other things, such as the formation of the reproductive system. But nipples themselves require very little energy to form; they’re very tiny and very basic, nothing more than skin, nerves and a bit of tissue.

For male cats to not have nipples, the nipples would need to form after the sex hormones have begun to affect development – a big change that would require a very long period of evolution with no real purpose. So cats (and most other mammals, including humans) have continued to develop nipples before sexual development begins, just as it’s been for tens of thousands of years. As the old saying goes: if it isn’t broken, don’t fix it!

Regardless of sex, cats have the same number of nipples in the same location: usually, eight, arranged in two parallel rows of four that run along the length of the cat’s belly, one row on the left and one on the right. The number varies based on genetics – some cats have four or six nipples while others have as many as ten, and rarely an odd number of nipples may be present.

Male and female nipples are identical unless a female cat is nursing or has recently weaned kittens. During this time, her nipples will be swollen and maybe a darker color than their usual pink. At all other times, though, you can’t tell the difference between male and female nipples; they look and feel the same if you can find them at all under all that fluffy belly fur.

Just as in humans, male and female cats can both develop breast cancer. Females have a much higher risk due to the increased amount of tissue and activity in their mammary systems, but male cats can also develop this serious condition. If your cat’s nipples begin to swell for no reason or if you notice any lumps or growth around them, take your cat to the vet as soon as possible to test for breast cancer.

How Do Cats’ Tails Work?

You’ve probably noticed how expressive your cat’s tail is. It may not wag all the time like a dog’s tail, but there’s still a lot going on: curling around your leg as you walk by, flicking and twitching during sleep, even thumping rhythmically on the floor while at play. But how does a cat’s tail work and what do its various motions mean?

Most cats, except for tailless or short-tailed breeds like the Manx or the Japanese Bobtail, have 19 to 28 bones, called caudal vertebrae, in their tails (the exact number varies based on size and breed.) These bones are actually an extension of the spine, and they attach to each other in much the same way as spinal vertebrae, with elastic cushioning in between to help prevent injury. A complex system of muscles surrounds these bones and allows them to be finely articulated – this is why cat tails are so flexible.

The cat has full control over these muscles, allowing it to move its tail any which way at will. Some movements, however, do appear to occur involuntarily. These reflexes include the flick that occurs when the tail receives unwanted touch and the twitching that often accompanies deep sleep and dreams.

The muscles that control the tail near the base are also used for bowel and bladder control. When your cat’s tail jumps and flexes while it’s using the litterbox, it’s because of these multipurpose muscles.

Cats are renowned for their balance and agility, and they owe much of this talent to their tails. Tails are often similar in length to the rest of the cat, so they make ideal counterbalances. As the cat moves, the tail twitches to detect and correct weight imbalances, helping the cat keep level and steady when traversing narrow ledges or exploring high off the ground.

As the old saying goes, cats always land on their feet, and this is largely thanks to their tails. A falling cat twists the front and back halves of its body in opposite directions repeatedly in order to right itself, but it’s the tail that’s responsible for the fine tuning of the twists. Without it, the cat might not be able to judge its position so precisely, preventing it from sticking the landing.

A cat’s tail is so expressive it might as well be another face; it’s responsible for communicating a litany of moods and thoughts. The position and motion of the tail indicates everything from whether the cat likes you to its desire to play to how annoyed it’s feeling. Reading your cat’s tail is vital to coexisting happily together.

Happy cats hold their tails straight up, keeping the fur smooth and the motion to a minimum. Curiosity is expressed in a similar way, but the tip of the tail may be bent or curled slightly, swiveling around in different directions. Your cat may also walk up to you and wrap its tail around your leg; this is actually a marking behavior as well as a friendly hug as if to say, “I like you so much that I want you to smell like me from now on!”

Tail flicking is a sign of annoyance or agitation, which can be positive or negative depending on the situation and the rest of the cat’s body language. If the cat is playing, a flicking tail indicates that the cat is getting into the game, pretending to stalk and hunt or begin a chase. On the other hand, if your cat starts flicking its tail while you’re petting it, or if the whole tail begins to swish back and forth violently, it’s a sign of overstimulation and annoyance.

Angry or threatened cats will fluff up their tails, holding them straight up in the air or extended out behind them. If sitting or lying down, they may beat their tails on the ground – a good sign that you shouldn’t come any closer or you’ll be met with claws and teeth. A frightened or anxious cat will hold its tail between its legs or keep it pressed against its side; this is both a sign of submission and a protective measure intended to minimize the risk of damage to this important but fragile body part.

How and Why Do Cats Purr?

Purring is a unique noise, one that only certain cat species and a few other mammals can produce. In a way, it’s the opposite of a roar: cats that purr don’t roar, and vice versa. This is due to the disparate anatomies required to make these sounds – purring requires a stiff larynx, while roaring requires more flexibility in the throat and voice box.

A cat purrs because of a special neural oscillator in its brain. Its exact mechanism is not yet known, but it appears to become active when the cat is happy or content, suggesting a possible link to brain chemicals like dopamine, oxytocin and serotonin that are associated with positive moods.

When activated, the neural oscillator sends a signal to the larynx that causes the muscles there to vibrate at a rate of up to 150 times per second. This results in the separation of the vocal cords as air passes between them with each inhales and exhales, causing the deep, resonant tones of a purr.

Humans aren’t able to use our throat muscles in this way, which is why we’re unable to purr back at our cats no matter how hard we try. If we attempt anyway, we end up producing a strange throaty growl or gurgle – not exactly an effective communication of happiness, and certainly not interpreted as such by a cat!

Scientists and vets have observed that cats seem to heal from injuries, particularly broken bones and muscle damage, much faster than other animals. Various health conditions that are prevalent in dogs and many other animals, such as arthritis and lameness, are virtually nonexistent in cats. The reason for this, as unlikely as it sounds, may be the purr.

Vibrations occurring at certain frequencies have been shown to increase bone density, reverse muscle atrophy and reduce pain; this is why biomechanical stimulation techniques are so widely used in gyms and physical therapy. The most effective frequencies for these purposes are between 25 and 150 Hz – the same range of frequencies encompassed by purring. This indicates that cats may use their purrs to accelerate the healing process and prevent injuries in the first place.

The healing power of the purr may even extend to those within the cat’s proximity, including us. When your cat sits on your lap and purrs, it may be more than a simple display of affection. Dr. Cat is in the house, ready to heal your wounds, strengthen your ligaments and reduce your inflammation, all with the power of the purr. 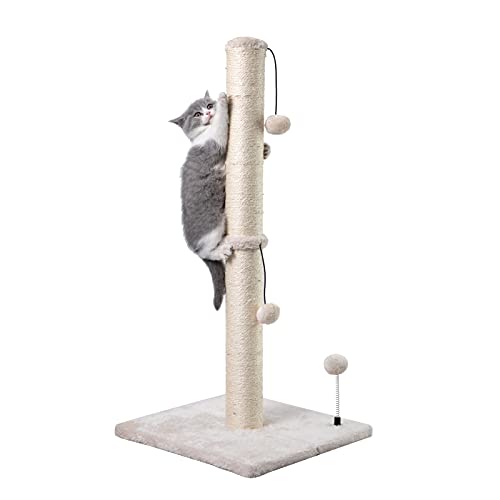 Even without the good vibrations, purring seems to have a stress-reducing effect on all who hear it. The relaxing rhythms of the purr can cause us to slow and deepen our breathing to match, which in turn increases oxygen intake, lowers blood pressure and calms the nerves. Maybe it’s for this reason that cat owners have been shown to have a much lower risk of heart disease than non-owners – our cats literally make us healthier.