Though our cats bring us many years of joy and companionship, there inevitably comes a time when we have to say goodbye.

In the case of terminal diagnosis or old age, we get a bit of advance warning before our cat’s passing.

But cats don’t speak our language, and it’s not known whether they can conceptualize age like we do. This makes that pre-death limbo all the harder: we know our cat is dying, but since we have no way of communicating that to him, he has no idea.

Death may still be shrouded in scientific mystery, but anecdotal evidence suggests that cats may be able to sense when their time is coming — and alter their behaviors to let us know, too.

Let’s take a look at some of the changes that your cat may undergo during his final days — and how they might indicate his awareness of the situation.

How Do Cats Behave When They Are Dying?

All of us, regardless of species, need to maintain our existences by eating, drinking, and relieving ourselves of bodily waste.

And when we stop performing these tasks, it’s a sign that something’s seriously wrong.

Weakness brought on by the process of dying can make it difficult or impossible for your cat to eat, drink, groom himself, use the litter box or otherwise take care of himself.

Do Cats Stop Taking Care of Themselves Because They Know They’re Dying? 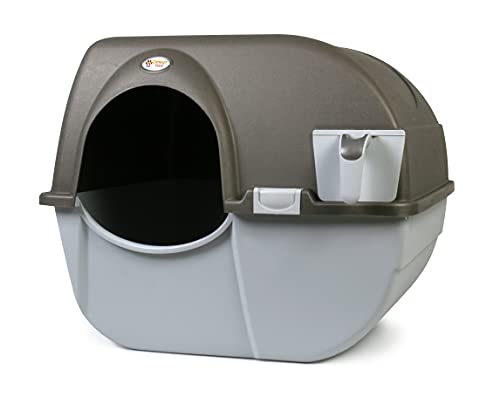 To some owners, these changes make it seem like their cat has simply lost interest in life. They take this as a sign that he knows he’s dying — surely he must know that if he doesn’t eat, he won’t live, right?

The truth is more complicated.

We don’t know how aware cats are of their bodily processes and their necessity for life. Eating, drinking, and excreting waste may be so deeply ingrained that cats don’t give any thought to their implications.

They may not think, “I know I need to eat to stay alive, but I’m just too weak.” Rather, they may simply think, “I’m too weak to eat.”

But while these changes alone aren’t enough to indicate a cat’s awareness of his own mortality, other changes can provide much stronger evidence.

A Personality Change for the Worse…

Terminal illness and old age are huge energy drains for any organism, and cats are no exception.

As the body’s condition deteriorates, more energy is required to sustain basic life functions. Simply existing becomes exhausting, and that exhaustion has a profound impact on a cat’s mood.

Your once-playful cat may now spend his entire day in bed, getting up only a couple of times to use the litter box or get some water. Attempts to play with him may either be ignored or met with a growl or hiss.

Though your cat may have previously enjoyed spending time with your other pets, he’s likely to have a low tolerance for their company in his final days. He simply doesn’t have the spare energy to allocate to socializing, and your other pets may not fully comprehend that he’s in no shape to play with them.

If your cat is in physical pain, he may not even be receptive to pets or cuddles anymore. He may try to swat or bite you if you attempt to touch him, a rejection that can be hard not to take personally.

Do Cats Become Detached Because They Know They’re Dying?

All of this can be very difficult to deal with, especially if you’re aware that the days you have left with your cat are numbered. It can feel like you’ve already lost him — even though he’s right there, he’s not himself anymore.

Some owners attempt to explain the detachment by positing that their cats are trying to protect them. They know that they’re dying and want to spare their owners the pain of losing them, so they push them away preemptively.

Most vets and animal behaviorists believe that these behaviors result simply from a lack of energy. When merely being alive drains all your energy and more, you’re not going to be receptive to play, touch, or any activity beyond the bare minimum.

But believing that your cat is trying to make you feel better can provide an emotional respite during this painful time. And until we figure out how to read our cats’ minds, we’ll never know for sure that they’re not trying to help.

…And Again for the Better?

This can all change very quickly in a reversal that’s both comforting and confusing.

Many cat owners report that one day, their lethargic, dying cat returns to his old self. If anything, he’s more affectionate than ever before: all he wants to do is be near his loved ones, making a point of cuddling and purring as much as he can.

As this drive to be close to his family becomes overwhelming, your cat may become extremely pushy and clingy, with energy levels defying his poor condition. He’ll do anything to get into your lap, follow you everywhere you go, and paw at you as if he wants to tell you something.

It’s such a bittersweet change, one that sticks in many owners’ minds as the ultimate sign that their cat’s passing is imminent.

And indeed, the day this change occurs is often the final day of the cat’s life.

Do Cats Become Clingy Because They Know They’re Dying?

These moments can be some of the most profound moments we have ever experienced. It can feel irrefutably like your cat is consciously saying goodbye, and the mutual understanding of the situation can be incredibly emotional.

One obvious explanation is that in your cat’s final hours, his pain and discomfort become extreme and he becomes fixated on finding relief. By staying so close to you, he may be trying to get you to fix him and make him feel better.

But this theory doesn’t hold water for many people.

Often, the cat’s illness has been affecting him for a long time, yet it’s not until now that he becomes so clingy. Doesn’t this indicate that his behavior is more existential than instinctual?

And if we knew it was our last day on Earth, wouldn’t we be doing the same thing: spending as much time as we can with those we love and making sure they know we love them?

It’s a controversial topic, to be sure. But while we don’t know our cats’ motives for this behavior, it truly does seem like a final expression of closeness, gratitude, and love.

Many people report that when they woke up one morning and didn’t immediately see their cat at the foot of the bed or in front of his food bowl, they knew he was gone.

And they confirmed it when, after a lengthy search, they found his body hidden in a strange place: behind a box in the basement, in the corner of a closet, or under a bush in the yard.

Did he hide away because he knew his time would come at any moment? And if so, why did he choose to pass away alone in a secret spot?

Do Cats Hide Because They Know They’re Dying?

On this topic, there’s a pretty clear scientific consensus: cats do tend to go into hiding right before they die, and they do prefer to die in seclusion rather than out in the open.

But it’s probably not for the sake of their owners.

In the wild, a dying cat would be easy pickings for predators. Slow, weak, and disoriented, he wouldn’t be able to put up much of a fight against a hungry hunter, putting him at risk of a gruesome death.

To avoid this fate, cats instinctively hide away when they’re on their last legs. Even on their deathbeds, the drive to not be eaten is so strong that they carry out one last act of self-preservation — as long as they’re still alive, nobody’s getting an easy meal out of them.

Overall, science is still out on whether cats know when they’re dying. But those who support the theory have a few explanations as to how cats might know when their time is coming.

Everyone knows that dogs have much more powerful noses than we do, but cats have us beat by a huge margin as well.

They have over 200 million scent receptors in their noses, compared to our measly 5 million. Plus cats have a special organ called the Jacobson’s organ in the roof of their mouth that allows them to detect scent even more deeply.

Because of their powerful scent reception, cats may be able to smell internal bodily processes and hormonal changes, including those that occur shortly before death.

It’s the same mechanism that may allow them to detect when we’re feeling sick or sad (and comfort us accordingly). But in this case, it provides them with a bit of advance warning before they pass away, giving them a chance to say goodbye and find themselves a final resting place.

Cats May Be Deeply In Tune with Their Bodies

We’re pretty good at understanding our bodies’ basic condition at any given time. Hunger, thirst, fatigue, pain, anxiety — these are typically pretty easy sensations to pinpoint.

But most of us can’t read our bodies too much more deeply than that. Production of specific hormones, deficiency in certain nutrients, minute changes in systematic efficiency — those details are largely lost on us.

Yet, when precisely measured, these little signs can be big indicators of health, wellness, and, indeed, remaining lifespan.

It’s possible that cats, unlike us, are much more in tune with their bodies and can detect these subtle changes. With these abilities may come an innate understanding of what the changes mean — and which combinations of changes indicate that death is near.

Spirituality and death are inherently intertwined, and there are some who believe that cats have a strong connection to other spiritual dimensions.

This connection might allow cats to receive advance knowledge of their deaths. Perhaps they can communicate with spirits who have already passed on, or maybe they can simply sense when they’re approaching the next realm through metaphysical means.

Whatever your beliefs — and whatever the science says — there’s no doubt that the love you and your cat share is real. And whether he knows when he’s dying or not, the fact that you’re there for him is the greatest comfort anyone could ask for.

How to Tell if Your Cat Is Dying (Video) 2 thoughts on “Do Cats Know When They’re Dying? (Meowing at Heaven’s Door)”