We love our feline friends! When they get plagued with any medical issue, we want to do what we can to get them back to good health. Mites can be a concern when you own a cat.

Mites are also known as mange. When a cat has mites, you may notice that there are patches of bare skin over his body or near the ears. In this article, we will go over what mites are, the different types of mites, how to tell if your cat has mites, how mites can affect your cat, and how to get rid of those pesky mites and put your cat at ease. 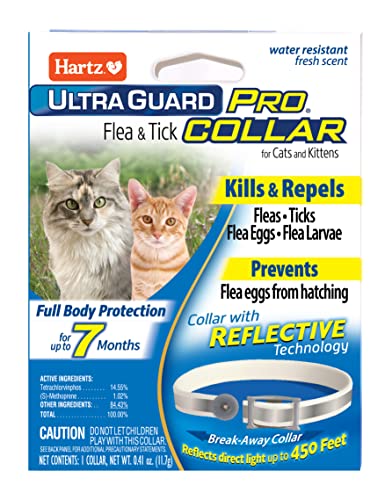 8,906 Reviews
Hartz UltraGuard Pro Flea & Tick Collar for Cats and Kittens, 7 Month Flea and...
View on Amazon
Table of Contents show
What Are Mites?
What Are the Different Types of Mites
How Can I Determine If My Cat Has Mites and What Should I Do to Get Rid of Them?
Ear Mites
Symptoms
Care
Skin Mites
Symptoms
Care

Mites can cause your cat to itch and scratch. This is normally a bigger problem than the mites, since when your cat is very itchy and scratching or over-grooming themselves it can lead to hair loss and wounds on their skin.

What Are the Different Types of Mites

Ear Mites (Otodectes cynotis): These are the most common type of mites found in cats.
Walking Dandruff (Cheyletiella blakei): These mites look like dandruff; hence their name.
Feline Scabies (Notoedres cati): This species of mites is not found very frequently anymore.
Demodex cati: These mites primarily affect Siamese and Burmese cats.
Demodex gatoi: This species of mites is generally found in the southeastern United States.

How Can I Determine If My Cat Has Mites and What Should I Do to Get Rid of Them?

Ear mites are the most common form of mites found on cats. Ear mites make a home in a cat’s inner ear. They eat the cat’s earwax and dirt in their ear.

In some cases, ear mites may migrate out of the ear and affect the cat’s face and other areas of their skin as well. Ear mites are very contagious. If you have multiple pets, it is likely that the ear mites will spread to the other cats or dogs in your home. 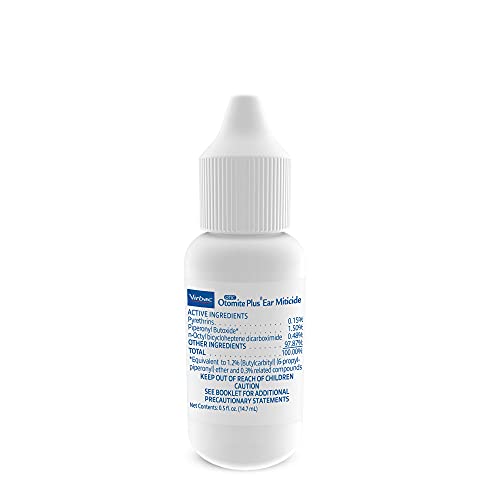 If you’re not sure if your cat has ear mites, you can perform a quick exercise to confirm that they are infested. All you’ll need to do is use a cotton ball to remove some of the earwax and debris from your cat’s ear. Then, place the earwax under a bright light.

After you have put the earwax under the light, look for any signs of movement. If you notice any movement, then your cat has ear mites and will need treatment.

Another way you can try to determine if your cat has ear mites is to gently massage the base of their ear. If this motion spurs your cat to begin scratching at their ear, then they likely have ear mites. This technique is better for detecting ear mites that are deeper in the ear canal that you wouldn’t be able to find with just using the cotton ball technique mentioned above.

There are a few signs or symptoms that could clue you in to the fact that your cat has ear mites.

Your cat may have a crumbly substance in their ears. Generally, this substance is dark brown or black in color.

Since ear mites are very itchy, you may notice your cat constantly scratching at their ears. Your cat will seem very annoyed and bothered by their ears.

Additionally, you may notice your cat shaking their head frequently. They may be trying to get rid of the itchy feeling inside their ear when they do this.

You may notice cuts or scrapes along the backside of your cat’s ear. These could be caused from their frequent scratching from the itchy ear mites.

If you notice that other pets in your home are displaying these same symptoms, then it is likely that ear mites are to blame. Since they are very contagious and can be spread through contact, if one animal in your household has them, they will likely be passed on to the other animals. Ear mites can be passed between cats and dogs.

If your cat has ear mites, then the first thing you’ll need to do is to clean out their ear. You’ll want to remove as many of the mites and any extra debris and wax. This can be done by flushing out your cat’s ear using tepid water and mild dish soap.

When you flush out your cat’s ear, it is possible to push the ear mites further into their ear and cause further damage. It is generally a good idea to ask your veterinarian to perform this procedure since they are trained and it will minimize further harm to your cat.

After your cat’s ears have been flushed out, the next thing you’ll need to do is apply a medication to the inside of your cat’s ear. An insecticide containing pyrethrins is usually found in the ear drops you’ll give your cat.

To be sure to thoroughly rid your cat of the mites, you’ll need to continue to give them drops for a few days. Then, you should have their ear flushed out once more to make sure that there are no more ear mites present. Your veterinarian may recommend repeating this process a few times to ensure that all the mites have been exterminated.

In addition to the medicated ear drops, there are other home remedies that many people think are effective for eradicating ear mites.

To clear the ear, some use olive oil (but first, check with your veterinarian). Then, you can apply a natural product containing pyrethrins (that is safe for cats). Again, like the ear drops treatment above, these steps will need to be repeated multiple times to ensure that all the earn mites are gone.

Skin mites, though not as common as ear mites, could also be a potential problem for your cat. Like ear mites, skin mites are very uncomfortable for your cat due to how itchy they cause them to feel. Skin mites feed on both the outer layer and on the tissue fluid on the top layer of your cat’s skin. 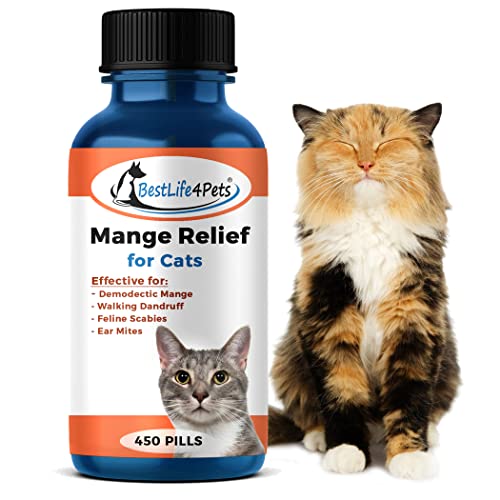 If you suspect that your cat has a form of skin mites, there are a few signs you can look for.

Your cat may be grooming themselves much more frequently than normal. This can indicate that they have a skin mite problem. Since skin mites are very itchy, you may also notice your cat scratching themselves often.

If you see cuts or scrapes on your cat, this could also be an indication of skin mites. Since the mites are very itchy, your cat may scratch themselves to the point of bleeding. Their skin may also look scalier than normal.

If you see small white specks on their fur that look like dandruff, it could also mean that they have mites. Remember, one of the types of skin mites is commonly referred to as walking dandruff due to their dandruff-like appearance.

If your cat has a form of skin mites, you will want to be sure to treat all the animals in your home due to the contagious nature of mites.

If you have a long-haired cat, you will probably want to have their hair trimmed. Trimming their hair will help the baths with the lime-sulfur rinse to be more effective at remediating the mites.

When your cat has mites, it can be difficult to see them so uncomfortable and scratching so frequently. You’ll want to act quickly to help them experience some relief and get rid of their ear mites.

After you have eradicated your cat’s mites, you’ll want to take steps to ensure that they don’t re-infest your cat. First, treat any of the other animals in your house for ear mites since they are very contagious. You don’t want another animal in your house to get mites and pass them back to the animal you just treated!

Mites can survive for up to 10 days when they are not on a host animal. So, you’ll want to be sure to clean any bedding, rugs, kennels, or other surfaces your cat may have been on to get rid of any mites that may still be present. Also, don’t forget to clean any combs or brushes you may have used on your cat which could also be holding mites.

It is possible for your cat to pass their mites to you, but this isn’t generally a big issue. If your cat has passed mites to you, you might be itchy or notice small red bumps or lesions on your skin. Your normal bathing habits should get rid of any mites your cat may have passed to you.

As you are probably learning, completely eradicating the mites from your cat and your home is going to be a time-consuming process with multiple steps. You won’t want the mites to make a reappearance. Be sure to keep your cat clean and well-nourished to make sure they don’t get mites again.