Cats have a reputation for being afraid of just about everything. After all, they’re the namesake “scaredy cats” from that old schoolyard taunt.

They’re brave in their own ways, seemingly impervious to some of our common fears such as heights and the dark. But generally they do seem to be more timid and frightful than other pets like dogs, and sometimes it can be hard to tell exactly what has frightened them.

What does a scared cat look like and how can we help it calm down? And what are some of the things cats are most frightened of? Let’s take a look at feline fear and find the answers to these questions and more.

Startled or Stressed: The Two Types of Fear

Usually when we think of fear, we think of it as a temporary sensation. Something startles or unsettles us and we react instinctively, without giving it too much thought or analysis at first.

But we quickly recognize the source of the fear as harmless, or the danger passes on its own, and we calm down after a few minutes. This is acute fear, and cats experience it too.

A cat experiencing acute fear will display sudden changes in appearance and behavior. Its fur will stand on end and its back will arch. It may jump or recoil, pushing its ears back and holding its tail straight up. 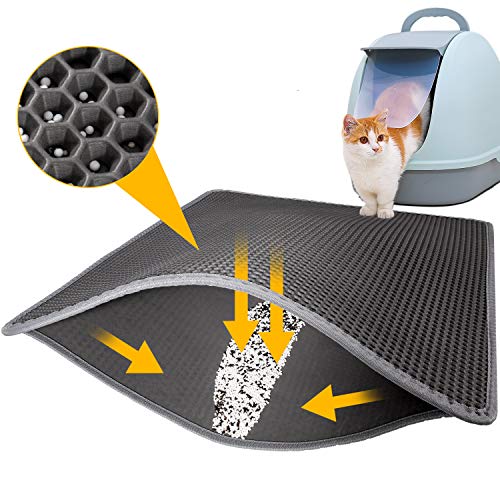 If approached, the cat may hiss or growl at you, displaying defensive tactics to get you to back off. Alternatively, it may simply run away and hide.

With a bit of time the cat will calm down. It might even get used to the thing that scared it and return to check it out more carefully; sometimes the most alarming things end up becoming enjoyable, or at least tolerable. Either way, an episode of acute fear is best resolved with time and space.

Sometimes feline fear doesn’t go away with time. When the fear is caused by a lasting environmental factor, such as a noisy air conditioner or a rambunctious toddler, it’s difficult or even impossible to escape from. In situations like this, the fear can become chronic, and the cat expresses it quite differently than acute fear.

When directly confronted with the scary thing, the cat may still exhibit some of the symptoms of acute fear, but the stress will continue to show even at other times. Using the noisy A/C example, the cat may continually avoid the room with the A/C in it, afraid to even approach the doorway. The skittishness may carry over to other times, turning a once-loving cat into a timid, antisocial recluse.

The fear can manifest in ways that don’t necessarily have anything to do with the source. The cat might begin to groom excessively, licking so much that it loses fur, or it might start urinating outside the litter box. These types of behaviors often lead the owner to assume that the cat is sick or misbehaving on purpose, when in reality they’re symptoms of anxiety caused by chronic fear.

Dealing with chronic fear is much more difficult than dealing with acute fear. If the source of the fear cannot be removed or prevented, the cat may need outside help.

Some owners report success using feline pheromone sprays, which mimic the calming hormones that mother cats use to soothe their kittens. Others opt to give the cat mild sedatives or anti-anxiety medication prescribed by a vet. 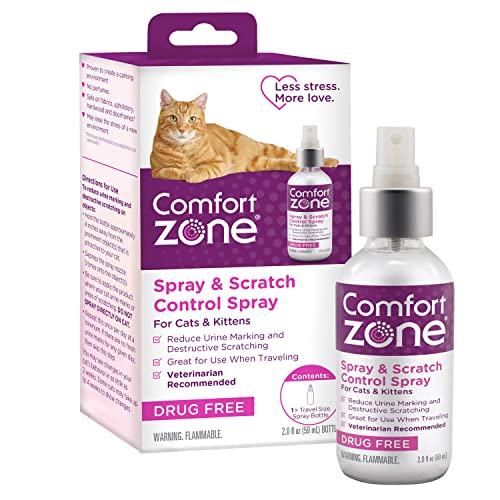 All Things Frightening: The Big List of Common Cat Fears

Every cat has different fears, just like humans do. One cat’s favorite thing may be another cat’s worst nightmare. But some things just seem inherently scarier than others.

You’ll have to get to know your cat to find out its unique fears, but this list should be a good starting point.

If you’ve ever had to put your cat in a carrier to take it to the vet, you’ll know firsthand how much cats hate being forced into small spaces, especially when there’s no way out. Just once is enough to instill a lifelong fear. After that, the cat will run and hide as soon as it sees you with its carrier.

Fear of confinement isn’t limited to carriers, either. Being restrained for grooming or medication is also scary, as is simply being held too tightly by an admirer.

Most animals share this fear of confinement. It’s by definition a loss of control, essentially imprisoned and subject to the will of the captor. Humans commonly fear going to jail or being trapped in an elevator, which are analogous to a cat’s fear of its carrier.

A small space with no means of escape seems to be universally terrifying, but you can make it easier on your cat by restraining it as little as possible and offering it lots of comfort before and after if it permits you to do so. 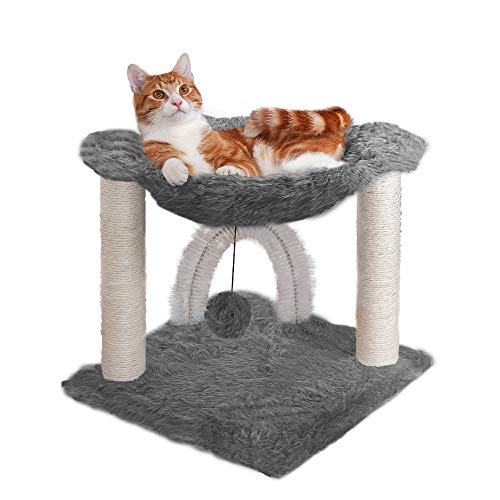 There are some oddball cats out there who go against the stereotype of the water-loathing feline. This preference is found among scattered individuals of all breeds, though certain breeds – like Bengals, Maine Coons, Turkish Vans and Turkish Angoras – display a particular propensity for loving water. You’ll often find them in the sink or bathtub, and if you provide them with a deep enough pool, they’re likely to jump in for a swim.

The vast majority of cats, however, will do anything to avoid getting wet. If they’re outside when it starts to rain they’ll yowl and scratch desperately at the door to get inside, and if they’re in the room when you turn on the tap they’ll scurry away at the sound of running water. The feline fear of water is so widely known that some owners exploit it to discipline misbehaving cats; often the sight of a spray bottle is enough to send a cat running if it’s been spritzed even once before.

Thankfully there are very few circumstances that require a cat to get wet. Baths aren’t necessary unless the cat has gotten very dirty (such as if it’s fallen in mud or been sprayed by a skunk) and using water as punishment is generally discouraged in favor of positive behavior reinforcement techniques. Making your cat feel afraid breaks trust and can turn an acute fear into a chronic one.

Other loud mechanical noises can be scary too – a noisy refrigerator, a car with a bad muffler, a neighbor’s lawnmower – but a vacuum cleaner is almost guaranteed to send your cat into hiding every time it’s started up. Sure, the noise isn’t pleasant for humans either, but cats’ ears are much more sensitive than humans’.

Not only can cats hear a far greater range of frequencies than we can, the shape of their ears amplifies everything. This means that they hear more things than us and they hear them much louder than we do.

The awful noise is even scarier when combined with the strangeness of a vacuum’s appearance and function. It’s huge, it appears suddenly, it doesn’t look like an animal and it removes all the hairs and familiar scents left behind by the cat.

You can help by leaving the vacuum out when not in use so the cat can investigate it and by not vacuuming in the same room as the cat, but beyond that, there’s not much you can do. Cats and vacuums just don’t get along – it’s a fact of life. 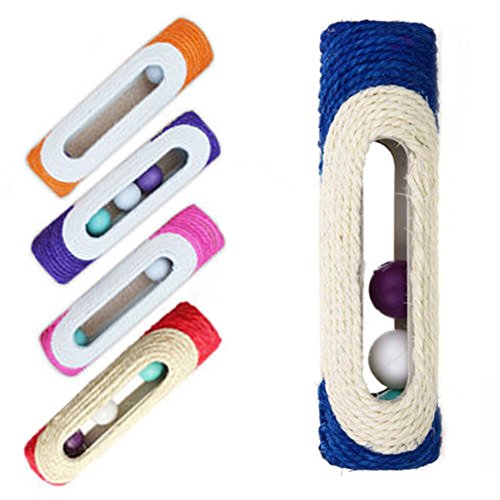 A new house, a visiting friend, a boarding kennel – all of these things can instill fear in a cat. As creatures of habit, cats don’t like having their routines disrupted; they spend a lot of time and energy getting familiar with their surroundings, and new people and places require a big investment of effort to acclimate to. Plus there’s always that element of the unknown to account for: you may know that your friends aren’t dangerous, but your cat doesn’t.

Some cats are quick to adjust to new circumstances, but many require days, weeks or even months to get used to changes. Don’t be surprised if your cat doesn’t take to your guests on their first few visits, or if it spends a lot of time hiding after you move into a new home. If you remain calm and take care to keep a steady routine for your cat, you’ll send the message that you’re a source of comfort and the transition will be easier for everyone.

Balloons bring delight to humans, especially children, but they’re terrifying to many cats. They’re bad enough when they’re just floating there, but even worse is when the cat decides to attack and sinks its claws into the balloon. The resulting pop causes everyone, including the cat, to jump in terror.

Cats are probably afraid of balloons because they move around in the air, as if they are alive. In the wild, an airborne creature hovering in the sky above is likely to be a bird of prey, which represents bad news for a cat. Best case, it’s competition for food, and worst case, it’s a threat to the cat’s life.

A balloon may not look like a hawk from our point of view, but the cat’s instinct tells it to fear large things that fly above it, and it’s better to be safe than sorry.

Loud, booming noises coming from the sky are inherently scary to most animals. Unable to see exactly what’s causing these ear-splitting sounds, and knowing that thunderstorms are dangerous, cats instinctively run and hide when they hear these types of noises.

Because fireworks induce so much anxiety, it’s advised to avoid using them if possible and to keep cats safely inside if they are used. Thunderstorms can’t be avoided, so if they make your cat anxious, make sure you’re present to provide comfort when they occur. Severe thunderstorm anxiety may require professional help; a vet can assess the situation and might prescribe anti-anxiety medication.

A viral internet phenomenon depicts cats being startled by cucumbers being placed next to them. They often remain oblivious for several moments and then, upon noticing the cucumbers, jump up wide-eyed and scurry away, sometimes even falling or knocking things over in their panicky state.

Though not all cats react in this way (or at all) to the presence of a cucumber, those that do seem terrified for their lives; why? The answer is unknown, but there are a couple of theories.

One suggests that because cats don’t know what cucumbers are, they have to make a guess based on visual cues, and the closest match they can come up with is a snake. Some cats like to hunt small garden snakes, but a snake with the girth of a cucumber presents a real danger, and the cat reacts accordingly to this perceived threat.

Another theory is simpler: it’s not the cucumber itself that’s scary, it’s the sudden appearance of it. If there’s nothing next to it when the cat closes its eyes, it expects there to still be an empty space when it looks again. So when it opens its eyes expecting nothing and sees the cucumber instead, it’s startled – not because the cucumber is frightening but because its presence was so unanticipated. 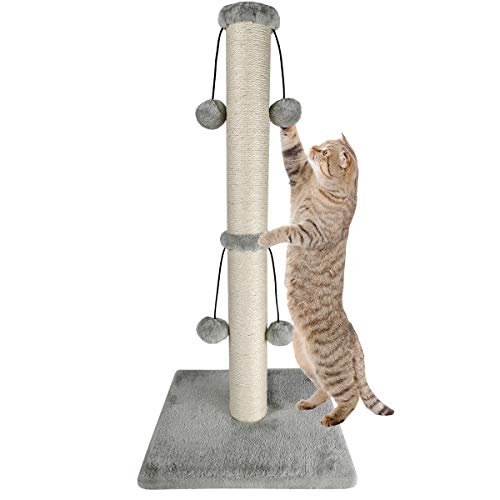 Maybe the cats that do respond to cucumbers with fright have stronger snake-avoidance instincts than those that don’t react, or maybe they’re worse at sensing when new creatures (or objects) enter their presence. Either way, the fear they feel is very real to them, even if it seems ridiculous to us. It may be tempting to test the cucumber trick out on your cat and film the results, but there’s no good reason to intentionally scare your cat – it’s perfectly cute and entertaining when it’s not afraid!