Your precious fur baby just released a nearly harrowing sound. This disturbing noise instantly sparks your curiosity: What’s wrong with him? Did I do that?

Fear not! Cats growl for various reasons. It’s rarely an indicator of some horrendous, underlining disease or even severe distress.

Often times, they are merely irritated. However, we are still going to delve into the potential reasons your cat is exhibiting an extra dash of hatefulness. Hopefully, you will both be able to catch some peace!

Table of Contents show
Reasons Cats Growl
7 Reasons Cats Growl
1. Irritation
2. Pain
3. Stress
4. Fear
5. Protectiveness and Possessiveness
6. Mingling with Other Animals
7. Being Playful
How to Handle a Growling Cat
Know His Cat-Titude!
Consider the Situation!
Notice Signs of Aggression!
Aggressive Cat Body Language (Whether It Be Defensive or Offensive):
Consider His Roots!
Consider Yourself!
Be Observant, and Take Him to the Vet If Necessary!
Final Thoughts

Below, we have highlighted some common reasons cats growl.

As we dive into each of these reasons, be attentive. Read closely and focus on your cat’s frequent behavior and surroundings. 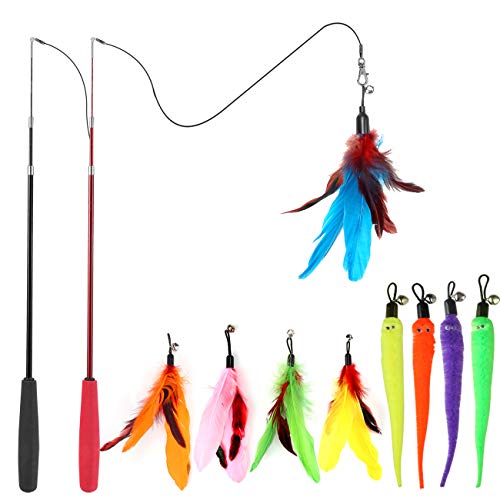 Wouldn’t it be nice if we could occasionally growl at our source of irritation? Who knows, you may already!

More often than not, your cat is just growling because some sort of trigger pawed at his nerves. In this case, growling is not an alarming behavior. Most cats exude attitude.

However, you may want to distance yourself (or the trigger) to appease your cat and prevent him from biting or attacking!

Similar to humans, cats occasionally just want to be left alone. They do not want to be bothered or approached by anyone.

According to Amy Pike and Jessey Scheip of Veterinary Practice News, “Animals use aggression as a last resort. They use subtle body postures, like looking away, avoiding, pulling back their ears, etc. Escalation occurs when these signals are ignored.” Cats are no different.

This does not imply a lack of love on his part; don’t worry. Cats, especially those with introverted tendencies, just need a break from the constant interaction.

In several instances, growling merely represents a cat with a lot of personality! Cats can be sassy pets. He may just be growling to communicate his distaste for something, whether it be you or someone else’s behavior, a certain type of food, etc.

Physical pain is another reason cats growl. My cat unfortunately had a tumor grow on her colon. Every time she attempted to defecate, she would growl because of the pain.

Therefore, growling can almost be a type of coping mechanism. If you pet them in a painful spot, they will likely growl at you.

Regarding your cat’s physical pain, it is crucial that you are attentive and observant of him. Remember that your furry friend cannot communicate his pain. Take note of when this growling occurs, how long it lasts, and if it is consistent.

If you notice a pattern in the growling, it is always recommended and wise to take him to a vet. There’s no harm in being safe than sorry. 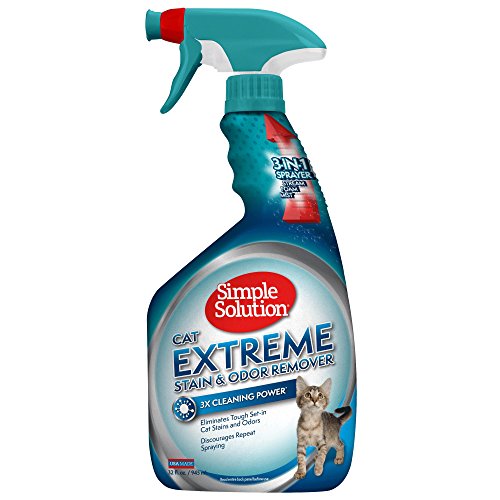 Can you believe that cats have stress? Their days consist of incessant love, food, and naps. What do they have to stress about?

Unfortunately, many scenarios elicit stress in cats. Newsflash: They do not cope well with it either.

Your cat’s stress can originate from a variety of factors. If he’s afraid, lost, or in pain, he will undoubtedly stress and enter into panic mode.

If your cat consistently battles stress, check your environment. What things do you possess that trigger stress in your cat? Consider lights and noises.

Each cat responds differently to certain situations, undeniably worsening the challenges if you have multiple cats. Therefore, you want to frequently observe your cat’s behavior to ensure he’s content and comfortable.

This is another common factor for growling. Cats are often very fearful creatures. They tend to fear their own shadow.

When my family moved into our new home, my cat would growl frequently because she was so fearful of the unfamiliar environment. This type of fear includes growling at anything that is unfamiliar – whatever that may be. This type of behavior should lessen as they familiarize themselves with the area or thing.

Cats tend to growl or hiss when they feel threatened or fearful of certain people. Sometimes it’s important to consider your cat’s instincts, but it’s crucial to note that cats are innately more standoffish than dogs.

If he’s afraid of a person, provide a way of escape for him. If he feels trapped, he’ll likely retaliate. They’ll often growl if they are provoked by someone.

It’s imperative that you monitor your cat’s fear. Fear often correlates with other triggers such as stress, which can increase the likelihood of a cat attack. He won’t be as fun and friendly then! 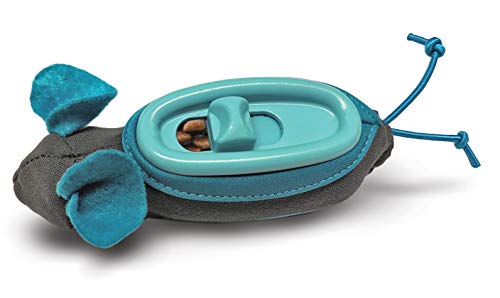 Cats are inherently protective and possessive animals. If you take something that’s theirs or even get near it sometimes, they will likely growl or hiss at you. Don’t intrude on their territory!

In particular, mother cats are very protective of their kittens. They are alarmed when they think someone is threatening their babies, which we as humans can relate to ourselves. Thus, they growl to warn you to back away from their kittens.

Additionally, be careful taking what belongs to them. My cats have growled before when another animal tries to eat their food or take their toy.

Furthermore, cats will occasionally be possessive of you and your attention. Even though it may make your cat mom or cat dad heart happy, they will potentially growl, or worse, attack another animal for your attention. In this case, possessiveness has a troublesome effect.

6. Mingling with Other Animals

Most cats don’t like mingling with other animals. They typically manage cats from the same litter more willfully. However, they can even confuse their siblings after awhile and growl at them!

I have had two cats from the same litter before. When we took the one to get neutered, his sister did not recognize him when he came home, and she growled and hissed at him ferociously. She had to refamiliarize herself with him.

Similarly, my cats that are from a different litter growled at each other and at my dog in the beginning. Now, however, they get along well. In other words, they often growl at animals they’re not familiar with, which correlates with the previously mentioned reasons.

They often growl and hiss as a warning signal, informing the animal or person to keep their distance. If you adhere to their warnings, they’re less inclined to attack. If you’re considering adopting or just adopted a new pet, it’s wise to separate the animals for a time, but have them around each other enough to get acclimated to one another.

Determining first if your cat is playing or fighting is a helpful way of making sense of his/her growls.

How to Handle a Growling Cat

Now that you understand why your cat growls, it’s imperative to know how to manage him when he does! Heed the advice listed below.

As mentioned previously, cats sometimes growl merely because they are irritated or playing. It’s crucial to not only love your cat but also to understand him.

Many cats flaunt their spunky personality, which undoubtedly includes growling. My cat Cuddles used to growl all the time, just because she was irritable by nature!

Don’t take your cat’s growling too personally. However, obey his wishes in order to protect yourself from any bite marks or scratches! If he’s growling when you pet or play with him, grant him some space.

After reflecting on your cat’s personality, consider the situation and the environment. What’s your cat doing, and how is the activity a trigger? Who is the growling directed toward?

Different environments convey different messages. For instance, growling at an animal does not imply the same thing as growling for no reason. They both relate to different situations.

Consider his involvement with other animals, any physical pain, any thing he might be protective of, if he’s playing around, etc. Typically, a quick glance at him will prove his reasoning. 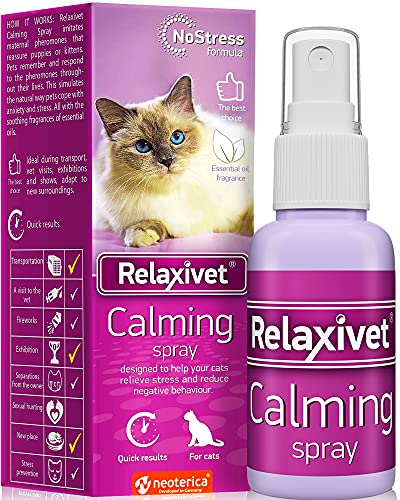 ASPCA offers great information on defensive and offensive feline aggression. Frequent growling might be a precursor to or an indication of aggression. If you notice any of the indicators listed below, you need to immediately discover the triggers before he acts on his aggression.

Aggression can also be a behavioral problem. Defensive and territorial cats tend to behave more aggressively. In this case, you need to appease them to the best of your ability to protect yourself, others, and other animals.

Aggressive Cat Body Language (Whether It Be Defensive or Offensive):

Does your furry friend frequently exhibit these behaviors? If so, contact your vet and a professional.

Aggressive behaviors possibly indicate a health issue, such as orthopedic problems, a thyroid abnormality, a cognitive dysfunction, etc. Sometimes your cat’s diet plays a role in his aggressive behavior. A vet will help you discover the answers you need.

Furthermore, a professional can create behavior modification techniques to help him. Professionals often formulate treatment plans for aggressive cats and track their progress.

You also want to consider your cat’s origin. Where did you find him? Feral cats are aggressive by nature, and they growl often.

Stray cats frequently possess similar qualities. If they were traumatized, their behavior will prove it. Therefore, they growl as a defense or coping mechanism.

Eventually, you will have to physically handle your cat while he’s growling. In this case, be prepared!

Wear thick clothing to prevent pain if he bites or scratches. Keep treats (or a food he likes) nearby to soothe him. You could even purchase cat calming sprays to prevent the growling. 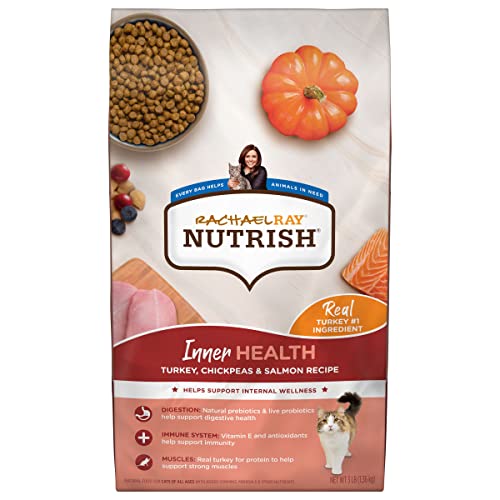 Be Observant, and Take Him to the Vet If Necessary!

Be mindful of your cat’s behavior and environment. If he growls for no particular reason or when you pet him in a certain spot, he could be in pain. In this case, take him to the vet.

Also, understand that vet trips often activate stress and fear in cats. This may prompt growling.

Cats growl for various reasons. In order to know how to manage them, you must consider their behavior, situation, and environment. Once you analyze these factors and act when necessary, you can see your fur baby friendly and fun once again!