It’s among the cuter sounds a cat makes – an extended “rrrowe”, rising in pitch towards the end like a question and tinged with vibrato. You may hear it when you arrive home and your cat rushes over to greet you, or when it jumps up on your bed for a sleepy snuggle. Some cats seem to make the noise at random times for no reason other than because they feel like it.

This charming noise is called a trill or, alternatively, a chirrup. Many people compare the sound to a rolled “r” followed by a soft, short mew – but what does it mean? Let’s explore this fun little secret of feline communication: how and why cats trill.

Table of Contents show
Voice Lessons: The Creation of a Trill
First Words: The Origins of Trilling
Start Them Young
Quick to Learn
Definition, Please: Interpreting the Trill
Welcome Home
Follow the Leader
Words Between Friends
A Warning Sign: Can Trilling Be Bad?

Voice Lessons: The Creation of a Trill

When cats purr, the sound comes from deep within them, originating mostly from the voice box in the larynx. This causes the low pitch and deep thrum of the purr, similar to when humans speak in low voices.

A trill, on the other hand, is formed mainly in the mouth. The distinctive warble that comprises the first part of the trill may sound like a higher pitched purr, but it’s actually made by rapidly vibrating the tongue, similar to how Spanish speakers roll their “r”s. The final part of the trill sounds like the end of a meow but with a raised inflection, which makes it sound like a question or a “valley girl” accent. 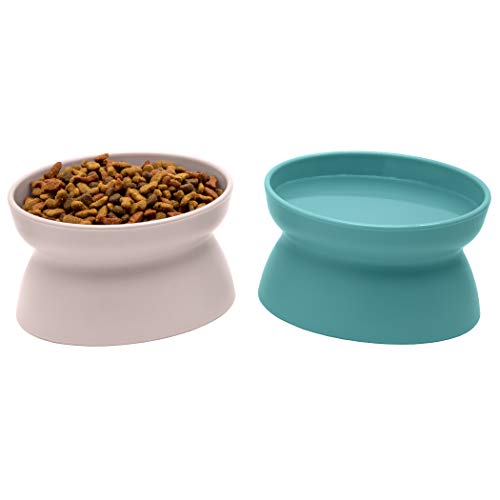 First Words: The Origins of Trilling

Nobody knows kittens like a mother cat – she’s a master commander and knows exactly how to get her kittens’ attention. Sounds are very important for comfort and maternal bonding. Kittens learn their mother’s voice from the sounds she makes, so it’s crucial for her to vocalize to them often.

Kittens like calm noises and they respond especially well to the firm but gentle sound of trilling. Cat purrs have a calming effect on everyone (even humans) and a trill, which sounds like a hybrid between a purr and a meow, is the perfect combination of soothing and attention-grabbing. When it’s time to get going, a simple series of trills and chirps is usually enough to round up all the kittens and let them know to follow her.

Like most animals, kittens learn by mimicking their parents. Though they start out with tiny mews and squeaks, before long they begin to copy the noises their mother makes, starting with trills. What originates as a vocal exercise soon becomes a favored way of communication, and the kittens learn to trill as a way of saying hello and as a simple, playful acknowledgment of each other. 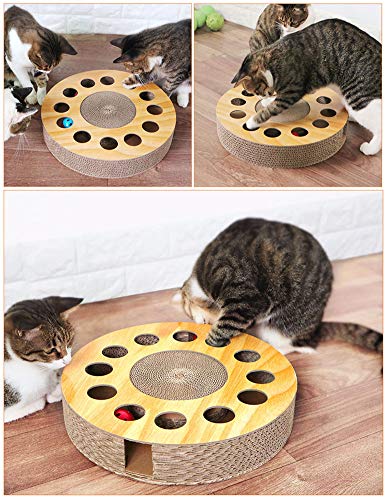 1,669 Reviews
MIAOXSEN Cat Toy with Sturdy Scratching Pads and 2 Jingly Balls for All Ages of...
View on Amazon

The most common use of the trill is as a greeting. Cats learn this usage when their mothers trill to them as kittens, and it carries over into their adult lives. Because of this strong association with their loving, caring mothers, cats use the trill as their friendliest greeting.

There are many ways that cats greet others, from hissing and yowling at unwelcome guests to demanding meows when you get home past feeding time. A trill, however, is a noise of positivity and happiness, one of the warmest welcomes a cat can provide. The recipient of a trill, whether human, cat or other animal, should consider the cat a friend, because that’s how the cat sees them.

Cats learn the other meaning of the trill from their mothers as well: a gentle command to follow. They were taught from kittenhood that when they hear a trill, it’s time to get up and follow the trill-maker. When they become adults, they figure out a new application for this knowledge, one that puts them in charge for a change.

Many a cat owner has observed this: the cat approaches the human, trills, turns and walks a few feet away. Then it turns around to see if the human is following; if not, it trills again, trying to garner attention. Once the human does get up, the cat leads the way towards the destination, something the cat considers to be of utmost importance.

Usually this destination is the food bowl, but it can also be other things, particularly if the cat and human are deeply bonded and familiar with each other. It may lead the person to a window through which something interesting is visible outside – perhaps another cat, a bird or a squirrel.

The cat may also head towards a favorite toy to indicate that it’s playtime. The act of leading you around might even constitute playtime in and of itself, especially if the pace picks up and it turns into a chase. After all, who doesn’t enjoy a nice game of tag? 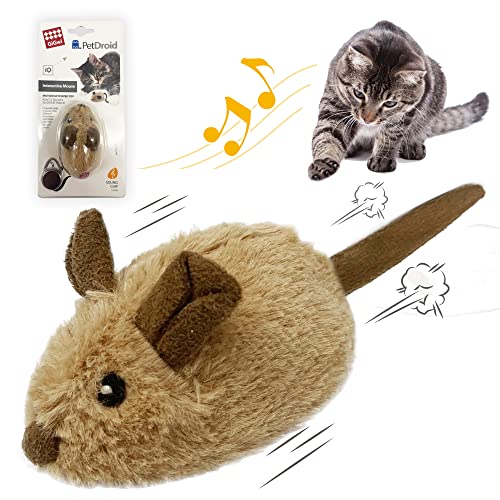 Cats use different vocalizations with other cats than they do with humans. Meows are rarely used between cats; instead they’re reserved for communicating with people. But trilling is one type of communication that cats use for both humans and other cats – friends are friends, no matter what kind of animal they are.

Kittens practice their trilling on their brothers and sisters; that familial bond carries with it an instant closeness and trust, so siblings make appropriate recipients of these friendly little chirps. As adults, they continue to trill to friends just for fun, especially other cats. Owners of multiple cats who are bonded with each other may observe them sitting next to each other trilling gently back and forth.

These trill-filled conversations haven’t been translated (we’ve yet to develop a complete understanding of cat language) but they don’t appear to be related to greetings or commands to follow. From our point of view, it looks like two friends simply enjoying each other’s company and chatting happily with one another. Peaceful and relaxed, these trills seem best interpreted as acknowledgments of friendship and confirmations of comfort.

Trilling is almost always a sign of happiness and good health, but there are some circumstances where it may be cause for concern, especially in older cats.

A cat that begins trilling louder than usual may be developing hearing loss, particularly if it also seems less responsive to other sounds. Cats with hearing loss make louder noises because they’re unable to tell how loud they’re being – it sounds normal to them even if it’s ear-splitting to those around them. If you suspect your cat has hearing loss, a visit to the vet is in order.

Senior cats may trill at inappropriate or random moments as a result of dementia. If your cat begins trilling for seemingly no reason and exhibits other symptoms such as confusion or excessive sleeping, consult a vet. The progress of dementia can be slowed if caught and treated early.